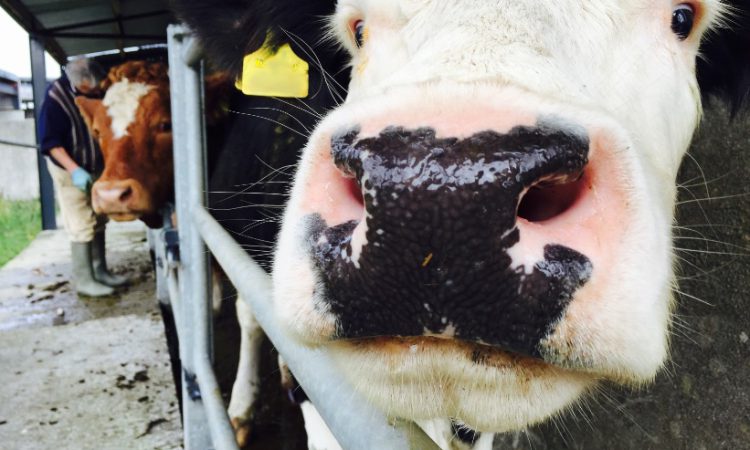 The European Commission has fined the UK at least €3.5 million over the last two years for a lack of progress tackling bovine TB, AgriLand can reveal.

The actual total of the fines is expected to sit even higher as the value does not include a 20% penalty applied to EU money given for Welsh eradication programmes in 2017.

The revelations were made in response to a Freedom of Information request made by Farmers For Action, seen exclusively by this publication.

How much is involved?

However, documents reveal that financial penalties amount to 10% of the money paid to the UK in 2017, along with 20% of the money to fund eradication programmes in Wales and Northern Ireland in 2018.

A 10% penalty was also applied to money received by the Republic of Ireland for a lack of progress in 2018.

In 2017, Michael Scannell, the EU’s directorate-general for Agriculture and Rural Development, wrote to Defra to warn financial penalties may apply because of the UK’s lack of progress since the EU co-funded programme began in 2010.

“As you know, the commission has allocated substantial funds for this programme since 2010 to support the eradication of bovine tuberculosis in the UK,” Scannell wrote.

This programme is by far the most expensive veterinary programme funded by the EU… therefore, meaningful results are expected.

In 2018, Scannell again wrote to the department to say that contrary to eradicating the disease, both the UK’s herd prevalence and herd incidence had increased since 2010.

“Progress [eradicating bovine TB] in the UK has been very slow in the last year,” he said.

He added that a financial correction of 10% would be applied to the amount allocated for 2017 for the eradication of TB by the UK.

‘Progress is far from expected’

A year later, in 2019, Matthew Hudson, also from the commission, wrote to Defra to note that bovine TB rates still remained higher compared to when the programme began.

The same year the financial penalty was doubled to 20% of the amount paid by the EU for eradication in Wales and Northern Ireland.

“Concerning England, based on the figures mentioned, it can be proposed to suspend the financial correction for 2018 until further data indicate if the slight improvement in 2018 is sustained.

“Please note that further financial penalties may apply in 2019 and following years if the results achieved through this programme do not reach the set targets or show clear and sustained progress towards eradication,” Hudson concluded.

It’s not yet known how much the proportion for Wales amounted to.

“The documents show just how much England, Wales and Northern Ireland’s livestock farmers have been let down.

Those same farmers have been placed in an impossible position over and over again as a result of TB, leaving them with farm capacity issues due to overstocking, financial issues, stress issues – even to the length of suicide in a few cases.

A spokesperson said: “The EU’s annual contribution to the cost of this programme (and bovine TB eradication programmes across the EU) has declined significantly in the last few years because of a reassessment by the EU Commission of the animal disease eradication priorities in the EU within the available budget.

“It did that by reducing the final amount reimbursed to the UK in arrears, which meant that we did not have repay money to the EU.

The UK government strongly disagreed at the time with the European Commission’s technical arguments for reducing the initial funding allocations.

“England, Wales and NI continue to make steady progress in the control and eventual eradication of bovine TB from their respective territories. Scotland is not part of the UK bovine TB eradication programme as it is Officially TB Free.”