UK moves a step closer to leaving the European Union

The UK has moved a step closer to leaving the European Union (EU) after its Prime Minister, Theresa May, put the wheels in motion on a divorce procedure earlier today.

Speaking at the Conservative Party Conference in Birmingham, the UK Prime Minister said she would trigger the exit procedure or Article 50 before the end of March 2017.

May explained that there can be no sudden and unilateral withdrawal from the EU and so the UK is required to leave in a way agreed in law by Britain and other Member States – this is Article 50.

“Having voted to leave, I know that the public will soon expect to see, on the horizon, the point at which Britain does formally leave the European Union.

So let me be absolutely clear. There will be no unnecessary delays in invoking Article 50.

“We will invoke it when we are ready. And we will be ready soon. We will invoke Article 50 no later than the end of March next year,” she said.

May also said that the UK is going to be a fully-independent, sovereign country that is no longer part of a political union.

“And that means we are going, once more, to have the freedom to make our own decisions on a whole host of different matters, from how we label our food to the way in which we choose to control immigration.”

The Prime Minister continued to say that the UK Government will seek the best possible deal as it negotiates a new agreement with the EU.

“I want it to give British companies the maximum freedom to trade with and operate in the Single Market – and let European businesses do the same here,” she said.

She added that a future Britain would be free to look beyond the continent of Europe and worryingly for Irish farmers, she said that a number of counties, most notably New Zealand and Australia have already expressed an interest to put in place trade agreements.

Countries including Canada, China, India, Mexico, Singapore and South Korea have already told us they would welcome talks on future free trade agreements.

“And we have already agreed to start scoping discussions on trade agreements with Australia and New Zealand,” she said. 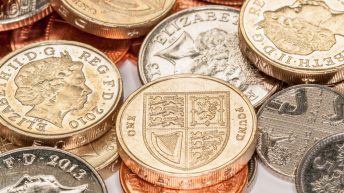 Euro reaches its strongest level against Sterling in three years