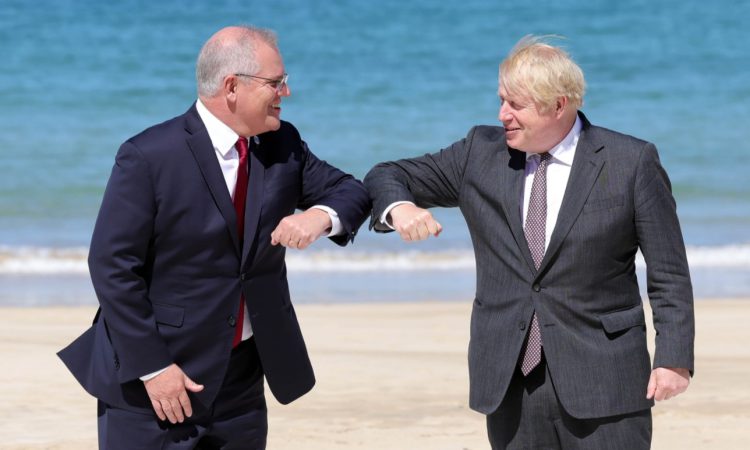 The UK and Australia have reached an agreement on international trade between the two countries – which could have a substantial negative impact on Irish beef and lamb exports to the UK.

The agreement “eliminates tariffs on all UK goods and boosting jobs and businesses across the country”, the UK government said, in what is the “first major trade deal negotiated from scratch” since the UK left the EU.

A final Agreement in Principle will be published in the coming days, Downing Street said.

British farmers will be protected by a cap on tariff-free imports for 15 years, using tariff rate quotas and other safeguards. We are also supporting agricultural producers to increase their exports overseas, including to new markets in the Indo-Pacific.”

The news was confirmed by ministers from both the UK and Australian governments in recent hours, including UK Secretary for Trade Liz Truss.

👉 is the first we have negotiated from scratch, showing what we can do as a sovereign trading nation
👉 is a fundamentally liberalising deal
👉 strengthens the bond between two great friends and democracies

The agreement, which is the result of several months of negotiations between the two sides, is believed to involve favourable conditions for lamb and beef imports from Australia.

The Farmers’ Union of Wales (FUW) has called on MPs to “do all they can to fully scrutinise and have a say on the UK-Australia trade deal”, outlining “grave concerns” over the possibility of ending up with “a deal that’s catastrophic for animal welfare, the environment, our family farms and our food security”.

FUW president Glyn Roberts urged MPs to heed “warnings about the implications of a trade deal that sets the UK on a permanent legally binding course to open us up to food produced to lower environmental and welfare standards, and undermines our food security and the viability of our family farms”.

Last month, the National Farmers’ Union (NFU) in the UK voiced concerns over a mooted tariff-free trade deal with Australia in relation to beef and lamb.

“We continue to maintain that a tariff free trade deal with Australia will jeopardise our own farming industry and will cause the demise of many, many beef and sheep farms throughout the UK. This is true whether tariffs are dropped immediately or in 15 years’ time.

“We remain of the view that it is wholly irresponsible for government to sign a trade deal with no tariffs or quotas on sensitive products and which therefore undermines our own domestic economy and businesses.”