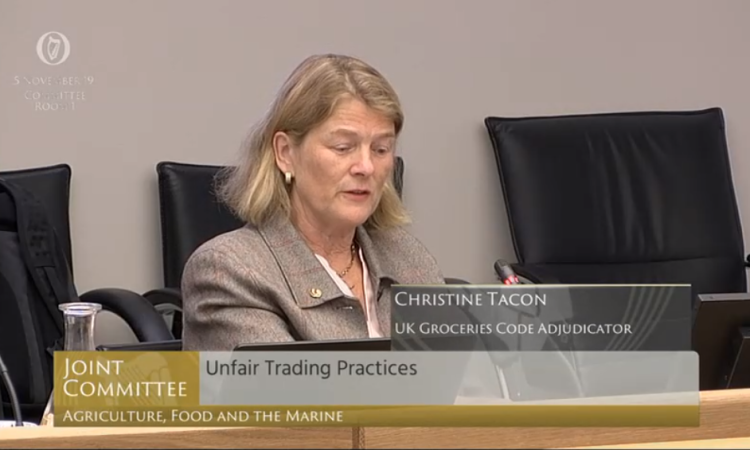 Tacon came before the committee to explain her role in the UK and was clear to outline that she only deals with “the person that invoices the retailer” and that pricing of produce is outside her remit.

During the meeting, the committee chair Pat Deering outlined to the UK grocery adjudicator that 90% of Irish beef is exported and 50% of this goes to the UK.

He said the 13 supermarkets that the UK grocery adjudicator is dealing with “are going to see a lot of our [Irish beef] product”.

The Fine Gael TD for Carlow/Kilkenny remarked: “There’s somebody along that supply-chain making a lot of money out of the process compared to the primary producer.”

In the UK grocery adjudicator’s response, she noted that one retailer explained to her: “We may as well be putting money with sellotape on every-single steak sell.

We sell every one at a loss but we are paying the supply chain the right price. We have chosen to sell it at a loss to what we buy it for.

She reiterated that the particular UK retailer “is making sure” that the chain gets paid the right price.

Concluding, Tacon noted that the UK retailer in question had worked with its supplier for 20 years and “had grown with them and invested in the supplier”.