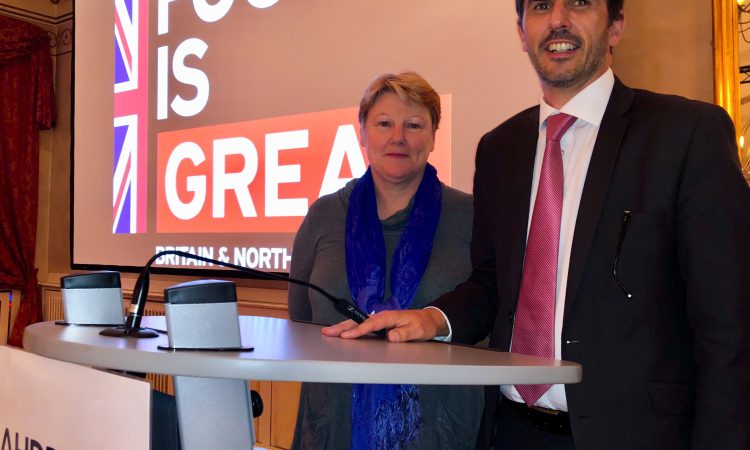 Every year, around £3 billion worth of red meat, potatoes, dairy and cereal and oilseeds products are exported around the world – and there are more opportunities to be had.

That’s according to AHDB’s international market development director Dr. Phil Hadley, who this week told more than 300 guests in Germany that work was ongoing to gain access to key export markets and build on these impressive figures.

Dr. Hadley made his comments at the prestigious AHDB British Meat Dinner in Cologne, where buyers, influencers and exporters from around the globe came together to sample the very best in British meat and dairy.

He said: “Our exports are enjoying a strong period of growth, particularly red meat. In the first seven months of this year, red meat exports were worth £854 million – great news, not just for the UK economy, but for our producers and processors.

“Lately, successes have included gaining market access for our beef, lamb and pork in more new markets, most recently Japan which, after more than 20 years, has put UK beef and lamb back on the menu.

“We have also seen Taiwan open its doors to pork, growth for lamb in the Middle East and in just the last few months, China sign a protocol agreement for our beef.

“These are challenging times and we know that trade is volatile which is why we must work collaboratively with government and industry to make the most of any opportunities.”

The dinner formed part of a five-day visit to the Anuga trade show, which this year marked its 100th anniversary, hosting more than 7,400 exhibitors from more than 100 countries.

Every two years, thousands of influential visitors from around the world descend on Cologne for Anuga – making it one of the most important industry events in the calendar.

This year, AHDB has been joined on its stand in the Meat Hall by a record 16 British exporters to fly the flag for UK pork, lamb and beef – creating its biggest presence at the show in more than 30 years.

Dr. Hadley added: “This year’s Anuga has been incredibly successful. AHDB and UK exporters have had the opportunity to engage with lots of influencers from various countries to see what prospects there are for our red meat sector.

“We have also had the chance to showcase our high-quality beef, lamb and pork and fly the flag for UK meat.” 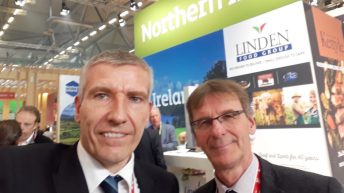