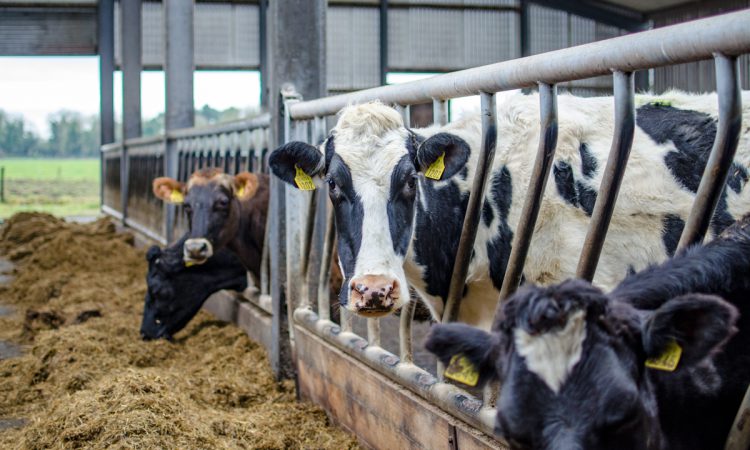 Call it a perfect storm or a series of unfortunate events, dairy producers around the world have seen an uptick in bought-in feed costs as the global market pulls through a pandemic, extraordinary weather events, logistic disruptions and growing competing markets for raw feed ingredients.

Looking at historic data, this has been a time of unchartered waters for the global feed ingredient market – but in the works for a while, said Arlan Suderman, agricultural and soft commodities market analyst for StoneX.

The purpose of the market is to bring supply and demand into balance. Low prices discourage production while stimulating demand.

“The opposite is true as well. Global feed demand has been increasing for a number of years, but several years of low prices discouraged sufficient expansion of production,” explained Suderman.

“Several contributing factors acted to speed up draining supplies while money supply rose $4.6 trillion during the pandemic,” he continued.

“A portion of that money made its way into the markets, making it easier for buyers to bid up prices in a short market which amplified and sped up market response.

“The role of high prices currently is to encourage expanded production in the world to bring it back into balance with this expanding demand base.”

While dairy ration composition will vary region to region based on local crop production, soybeans and their by-products are common denominators in global dairy diets due to their high energy and protein density.

By-products like soya hulls are effective at stretching forage and supporting rumen function as a high-quality source of digestible fibre.

Requiring a combination of heat, sunlight units, humidity and moisture, soybean production is limited to a handful of countries, with Argentina, Brazil and the US accounting for more than 80% of the global soybean crop from 2020-2021.

Following China, the European Union is the second highest importer of soybeans in the world.

Historically, the US has been the world leader in soybean production, producing 120.52 million metric tonnes from 2019-2018.

Recently, Brazil has overtaken the US, with forecasts projecting the South American country to have a record 137 million metric tonnes at the close of this year’s harvest, which peaks in March and tends to finish in May.

Due to corn and soybeans doing well in the same climatic regions and in feed rations, price movement in one tends to influence the other and adverse weather tends to impact both, said Bill George, senior agriculture economist for the United States Department of Agriculture Foreign Agricultural Service.

Corn requires a lot of nitrogen for top yields while soybeans fix nitrogen in the soil which enhances a planting schedule that rotates corn and soybeans.

“Soybeans also works well on the farm as its planting and harvest schedule fits well with corn and allows for better use of manpower and equipment,” explained George.

This relationship is strong in the US and can be seen in other top corn-growing areas, however, economics and other factors play a role.

“Much of the corn in more northern areas is double cropped following soybeans in Brazil, taking advantage of the nitrogen fixed in the soil by the previous soybean crop,” said George.

In 2020, the US produced nearly 32% of the global corn crop, followed by China with 23% of production share and Brazil with nearly 10%.

Even with its high levels of domestic production, China is the world’s largest importer of corn, followed by Mexico and the European Union.

With many moving pieces working together to influence supply and demand for grain and oilseed markets, China is a prime factor impacting prices, said George.

China represents close to 60% of global trade in soybeans and is a major importer of many agricultural products.

“Growing Chinese demand across the board for many products underlies the global demand growth that helps support prices,” he said.

“For soybeans, this growing demand has been pressuring the soybean market for more than 15 years and has helped strengthen prices required to support acreage expansion to meet this demand.”