Pictures are circulating online, which depict the latest-generation 8R and 7R Series tractors from John Deere.

The shots were apparently taken at a recent dealer meeting in Valencia, Spain.

Models from the new 8R line-up (including a shot of a mocked-up interior) are pictured (above and below).

Meanwhile, a slightly less powerful model from the new 7R Series is depicted in these shots (below).

The event also served as the launch-pad for updated tracked tractors, including models from the new 8RT Series and - most notably - a four-tracked 8RX line-up.

Meanwhile, closer to home, John Deere has officially launched its "new" 6M Series tractor range (a model from which is pictured below).

A spokesperson explained: “This is a more compact [four-cylinder] 6M Series tractor than John Deere has offered before, with a low bonnet design presenting a clear view to the front of the machine.

"A slimmer steering wheel cowl and the newly-designed panoramic window in the cab roof provides full visibility for loader work." 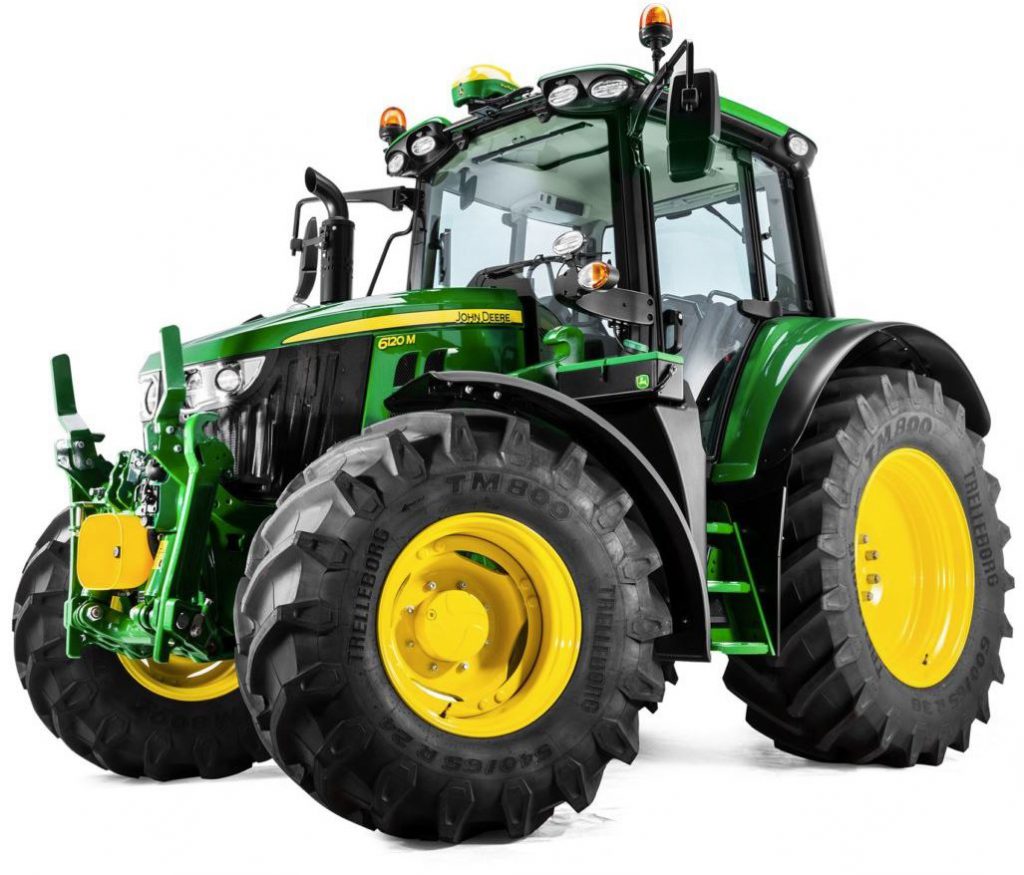 Larger models are powered by six-cylinder PVS engines with a displacement of 6.8L.

The 6090M to 6140M tractors also feature Intelligent Power Management (IPM) for the first time, which increases power by 20hp for PTO and transport work. This means that the four-cylinder 6140M develops up to 166hp (maximum power) with IPM.