It has been reported that up to 100,000 gallons of slurry spilled into a river in Northern Ireland earlier this week.

In a statement published yesterday (Thursday), the Loughs Agency confirmed that it had received a call on Wednesday, May 23, about a pollution incident on the Owenreagh River near Dromore, Co. Tyrone.

Continuing the statement said: “Agency staff located the source and are investigating the incident. Statutory samples have been taken and dispatched for analysis.

The investigation carried on during the night and the pollution has continued to move downstream into the Drumragh River. The agency has unfortunately found evidence of dead fish.

“The agency has deployed aeration equipment to re-oxygenate the water. The Northern Ireland Environment Agency (NIEA) has been advised of the incident and the investigation is ongoing,” the statement said.

It is feared that the slurry has polluted more than 20km of the waterways.

Meanwhile, earlier this week, the Department of Agriculture, Food and the Marine in the Republic of Ireland upgraded the danger rating for forest fires to Condition Orange.

Arising from the current weather forecast, associated with Atlantic high pressure systems, a high fire risk has been issued in all areas where hazardous fuels exist.

The warning has been valid since 12:00pm on Tuesday, May 22, and – pending significant rainfall and further meteorological review – will remain in place until 12:00pm on Wednesday, May 30. 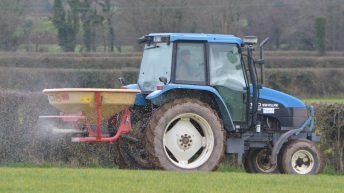