Video: Running a ‘double-edged’ hedge-cutting convoy in the south-west

AgriLand paid a visit to Co. Limerick (Friday, October 25) to chat to hedge-cutting contractor James Breen and to see an impressive convoy of machines in action - just outside Croom (on the N20 Limerick-Cork road).

James - trading as 'James Breen Tree Care & Hedge Cutting' - has been involved in this business for many years. His father founded the operation, starting off with a Ford 7000 and a Hydrocut.

In this video (below - shot by AgriLand's own Kevin Farrell), James explained: "We've three outfits here on the road today.

"Two of them are running front and rear-mounted hedge-cutters. The third machine [tractor] has a 2.8m flail mower on the front.

We like the 'double' hedge-cutters for the efficiency; we can do most roads in one pass.

He added: "We use mainly McConnel hedge-cutters. We also have a front-mounted Bomford; they're a good machine too.

"One thing I like about the McConnel is the power that's in the cutting head; you can finish hedges at a consistent, fairly lively speed.

"The reason that we need the power is that we do a lot of verge maintenance on the motorways. You need the power to be able to keep moving along the road without the head blocking in heavy swaths of grass." 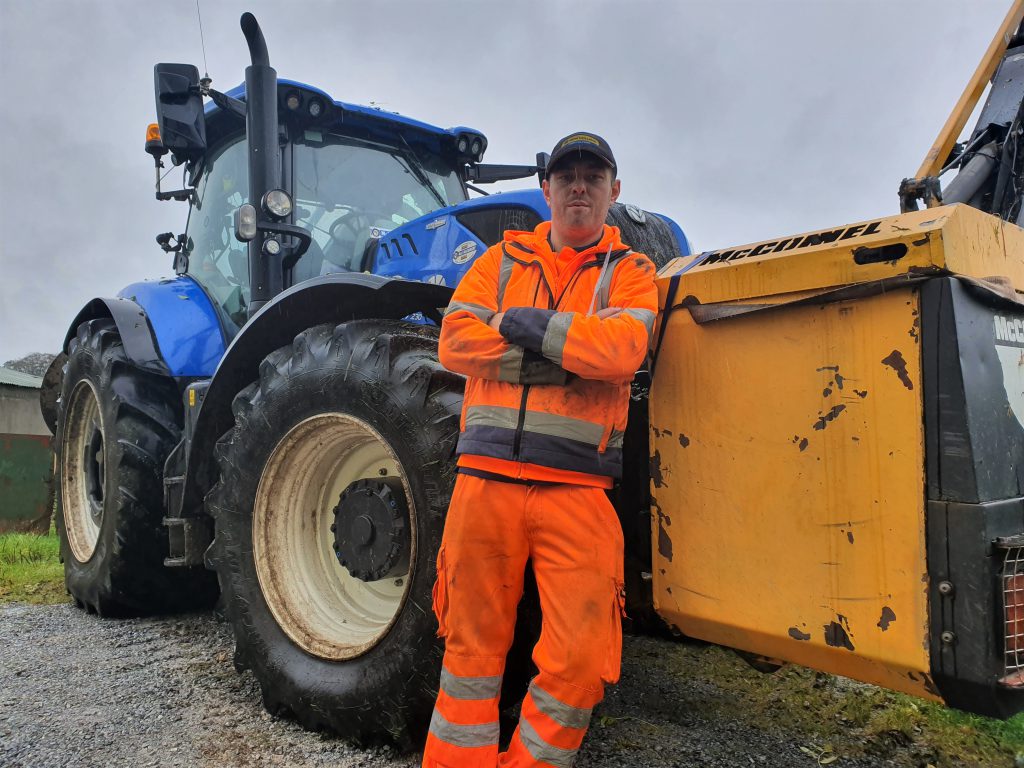 James (pictured above) also explained why they need "fairly high-spec machines" - citing the example of the tractor which he drives himself.

It carries a 5.3m-reach hedge-cutter on the front and a bigger 8m machine on the rear. He noted that this level of reach is needed to be "able to get up around signs on the motorways".

He also (in the video) talked about the benefits of the rear-mounted machine's Variable Forward Reach (VFR) system, which makes the (cutting) head easier to see from the driver's seat.

James then reflected on how the business started, explaining how his father "worked his way up along" - noting a time when they ran a couple of Ford 8210 tractors.

He concluded: "Now we're gone to [New Holland] T7 tractors with - mainly - McConnel machines." He singled out local dealer M & S Machinery (Cashel) for particular praise, saying that "they get on very well with them". 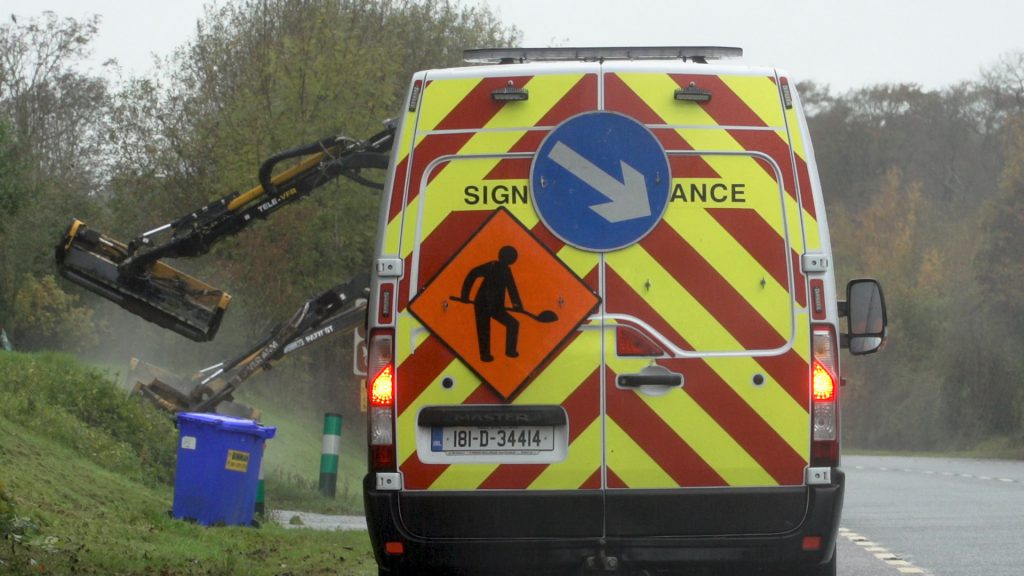