Home » Dairy » Views of a visitor: Dairying in Chile

Views of a visitor: Dairying in Chile 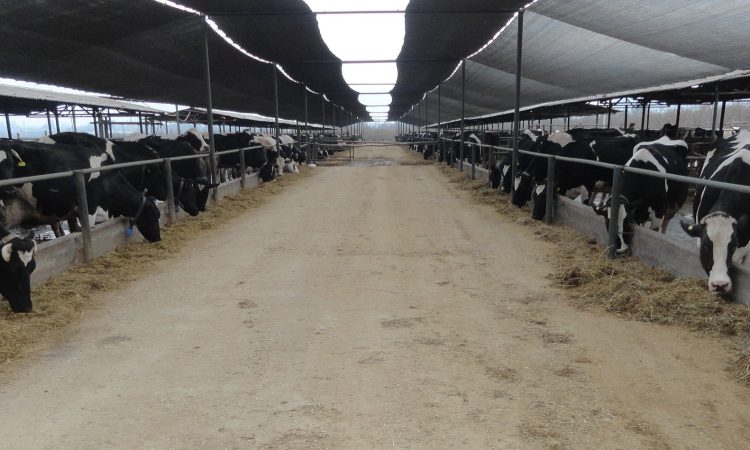 Think of Chile and it’s likely the rather unique shape of the country may initially spring to mind. Spanning over half the length of the South American continent, the narrow territory is bounded inland by the Andes mountains.

Given this geography, it’s no surprise that climatic conditions vary dramatically from the Atacama desert of the north to the Patagonian antarctic in the far south.

With half a million dairy cows in milk – and close to 6,000 commercial farms – the dairy industry is reasonably-sized relative to the population and serves an essential purpose in supplying fresh local dairy products to a population otherwise quite cut-off from neighbouring inland countries.

Total milk production at around 2.6 billion litres has changed little over the past 10 years due to a complexity of challenges including: social; environmental; and economic.

Nevertheless, it is an interesting sector to study given the range of systems encountered there, including an extensive world-leading robotic unit.

The drier northern regions of Chile predispose to more corral-type systems with water availability a concern for producers.

These higher input, higher-yielding herds are primarily Holstein Friesian with fairly typical feed ingredients available and diets common to those of US producers with maize silage, alfalfa hay and ryegrass silage being common forages here.

However, climatic conditions dictate that the north of the country accounts for a much lower production volume than elsewhere.

Travelling further south from the capital Santiago and we encounter the bulk of the dairy industry – some 70% of milk production is centred on this region.

With more-plentiful rainfall and an extensive expanse of land, the Osorno region is the dairy heartland and heavily grazing focused.

These seasonal grass-based production systems suffer the same challenges as encountered in the Northern Irish environment, where the spring flush of pasture can result in severe milk fat depression and milk fat:milk protein inversions not uncommon.

With milk payments heavily influenced by milk fat production either on a percentage or kg/day basis, milk composition is of major importance and advice on supplementation requires balancing to suit the changes in basal sward through the season.

These conditions require careful supplementation to counter this nutritional imbalance where milk fat ‘crashes’ from over 4.0% to 3.0% are reported.

Earlier data from the Hillsborough site based on pasture supplementation with fibre and starch-based cakes provides valuable input for these herds despite their distance from our local environment.

Aside from the extensive grazing platforms, technological developments have certainly made great strides into sections of the industry.

Of primary interest is the 4,000 cows in milk Ancali herd which, with 65 robots in place, is the largest robotic milking herd in the world.

This highly impressive single-site unit of Holstein Friesian cows yield over 14,000L with target milk fat of 3.9% and milk protein at 3.4%.

Nutritional management of such a high-performing herd is critical and management of the glucogenic:lipogenic balance is of interest, particularly with the typically high starch levels in the ration – up on 28%.

At this level of production, the requirements for fat are high and a particular interest on this unit is ensuring sufficient dietary fat supply to provide the steroid nucleus needed to enable progesterone production, the key hormone for pregnancy initiation and maintenance.

This can be safely achieved via rumen-protected fat supplementation, which avoids the fibre depressing effects of liquid oils or high-oil ingredients such as brewer’s grains, while individual fatty acids must be considered when targeting specific aspects of production – higher oleic fatty acids to aid body condition and fertility and higher palmitic acid to push milk fat production, a balance of which are found in the recently-launched Mega-Max product from Volac Wilmar.

Milk supply in Chile is primarily destined for ‘home’ consumption with the country now a net importer of dairy products.

Liquid milk, yoghurt and cheese production are the primary destinations for processed milk leading to an emphasis on milk fat production.

The largest co-op, Colun, processes close to 30% of national milk production, collected from their 730+ members in the southern grazing heartland with suppliers averaging 6,700L/cow from a grass base.

Overall, and with some amazing scenery, it’s easy to appreciate the attraction of this part of the world, but there’s no doubt that the Chilean dairy industry faces similar pressures to those in our own local industry.

While the base level of production and technology is increasing, the top few farms produce a highly disproportionate volume of total milk supply.