A business like mine is very exposed to the implications of a no-deal Brexit; we are talking about everyday products for everyday people – bread, milk, dairy, poultry, cheese; these are the everyday products that people need and it’s what is in their shopping basket.

This is according to Michael Waddell, the general manager of McNamee’s Bakery in Crossmaglen, Co. Armagh, who spoke to AgriLand about the impact a no-deal Brexit is likely to have on the business.

The bakery was established in 1939 and is now being run by the fourth generation of McNamee’s - Roisín McEvoy and Ronan McNamee. It also has stores in Co. Monaghan and in Co. Louth.

Waddell has many concerns about Northern Ireland’s future as the UK gears up to leave the EU on October 31 next.

He also says that Brexit is probably “one of the biggest challenges” that he has faced in the 20 years of being general manager of the bakery – despite there having been “tough ones in the past” too.

I think probably we are facing the biggest challenge that I have experienced in running McNamee’s Bakery and we have had tough ones in the past.

He continued: “It’s not that long ago that we were in the teeth of the financial crisis – we are not out of it yet; it’s been longer and deeper than a lot of people would ever have imagined.

“But McNamee’s fought our way through that; we won contracts, we lost contracts and we stayed in business.

“In some regards it was about keeping the doors open and the lights on at the time but we are back now having just won a contract with Tesco in the UK.”

Meanwhile, that contract means that Waddell can employ an additional six or seven people and the business is going from “strength to strength again”.

So what is Brexit likely to mean to a business like McNamee’s Bakery?

The company’s wholesale division supplies customers in the Republic of Ireland (ROI), the UK and in the US.

The retail division includes three shops – one in Crossmaglen; one in Carrickmacross and the third is based in Dundalk.

A business like this is very exposed to the implications of a no-deal Brexit.

“I produce bread, cakes, buns, rolls, etc, and I’m delivering to all three shops every day, twice a day.

“To do that we have to cross the border which is currently a seamless effort."

However, if border controls and checks are put in place this will disrupt business for Waddell; tariffs on goods is also a concern.

Perhaps a customer will come into one of our Dundalk shops and place an order for a birthday cake.

He added: “That order gets faxed to Crossmaglen in the UK where two guys will come in that night – one Croatian the other Lithuanian; one lives in the north the other lives in the south.

“They will make and decorate that cake using ingredients from France, Belgium, Italy, England and Greece. 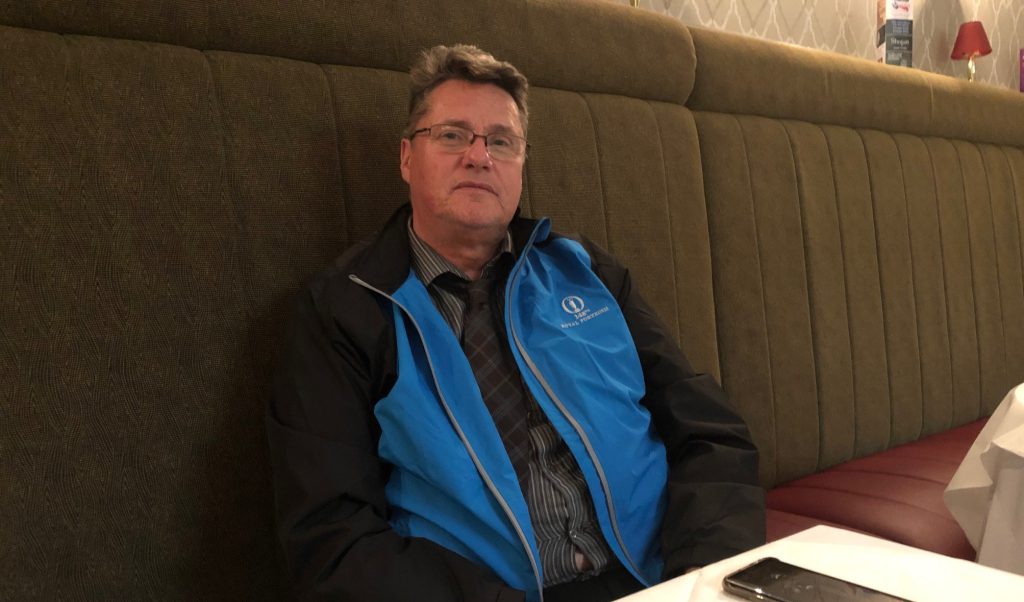 “It will then go into a van for delivery over the border, the customer will pick it up, pay for it in euros; those euros will come back to Crossmaglen where we do all our accounts.

“All of this might sound complicated but that is an everyday transaction for us, that, at the moment, is seamless. That happens maybe 50 times a day in my factory.

“It’s as easy as shelling peas but once you put tariffs and a border into the mix it becomes almost an impossible task to do.”

Waddell then pointed out how something as simple as baking and decorating a cake “could actually become a hell of a job to do”.

That’s what we are facing on the retail side of the business.

“We supply Tesco in the UK and Tesco in the ROI and have had a great trading relationship for many years with them.

“There are going to be challenges there as well - maybe not so much with Tesco UK - but with regard to customers in ROI we can only wait to see what is going to happen on that.

Our understanding is that if we go to World Trade Organisation (WTO) rules there will be a 9% tariff put on the product.

“Only last week, in fact, Lidl reminded its customers that they were liable for any tariffs or duties that would be paid and I would imagine that every other supermarket chain will follow suit.”

So, where does McNamees go from there? Can a company like that absorb 9% costs supplying major multi-retailers?

Waddell says the simple answer to all of that is no.

In addition to all of that many of the ingredients coming in may incur tariffs as well.

He continued: "Certainly I don’t think that there are too many sultanas grown in the UK…

“We are just going to have to wait and see what happens with that – in fact you wait with bated breath to see what is going to happen."