Ahead of this week’s National Ploughing Championships, Agriland was invited to an exclusive first look at Ireland’s first ever tractor football matches which will take place at this year’s event in Screggan, Tullamore.

The tractor football matches are taking place as part of an initiative to raise awareness about heart failure in Ireland.

Heart failure awareness in Ireland is extremely low so, to try and combat this, Novartis Ireland Ltd. decided to launch the ‘Know Heart Failure Now’ campaign, at the Ploughing Championships.

Heart failure mainly affects men, and farmers are more likely to look after their tractors more than their heart.

The aim of the tractor football is to get people to stop, listen and hopefully learn some facts about heart failure while having fun.

Also Read: 6 things you need to know before going to the Ploughing

The heart is simply a pump, just like any pump around the farm. When the efficiency of the pump drops heart failure can develop, causing symptoms of tiredness and breathlessness when doing normal tasks and swelling of the feet or ankle.

At this year’s Ploughing, the tractor football matches will be taking place every hour during the three day event.

For more information on heart failure go to www.heartbeat-trust.ie or www.croi.ie

Be sure to pop down to the Agriland stand at this year’s Ploughing at Block 4, Row 14, Stand 331. 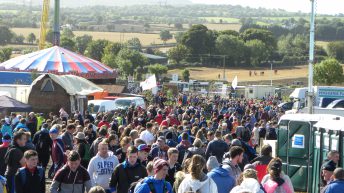