‘We want to bring our strong balance sheet to LacPatrick farmers’ 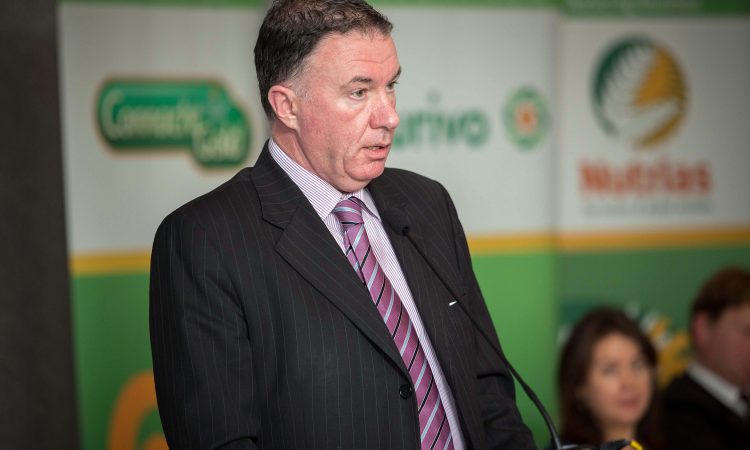 Aaron Forde, CEO of Aurivo Society Co-operative Ltd, has stated that he wants to bring the co-op’s “strong and stable” balance sheet to the farmer suppliers at LacPatrick Dairies.

Speaking this morning – as the globally focused agri business announced its financial results for 2017 – Forde expressed how the co-op’s “strong business development and financial performance” during a volatile year demonstrates its confidence in pursuing a future arrangement between the two co-ops.

Aurivo, headquartered in the north-west, reported a group operating profit (before exceptional items) of €3.9 million for 2017 – an increase of 10% on the out-turn for 2016. Turnover for the year was €426.4 million – an increase of 9% on the previous year.

Yesterday, the Sligo-based co-op officially stated its interest in LacPatrick Dairies recent decision to pursue a number of new strategic options including: partnerships; joint-ventures; and mergers.

Speaking to Breakfast Business on Newstalk, Forde said the duo would “compliment” each other.

“Yes, we are interested. They are a neighbouring co-op with us. We have complimentary milk pools and complimentary product portfolios.

“We’re very strong on the island of Ireland and we have a very big interest in the African market and a complimentary product portfolio out there.

“Fundamentally this is about delivering for the farmer member owners. We have a very strong track record in regard to consolidation from when we acquired the Donegal milk business and delivering for farm members there.

We have a very strong track record and we want to bring that strong, stable balance sheet to the farmers of LacPatrick.

Forde emphasised that both co-ops have a substantial supply base in Northern Ireland.

“One of the strengths of LacPatrick is it has an excellent farmer supply base in Northern Ireland and we see that as very complimentary,” he said.

When questioned about recent speculation that the reason LacPatrick may be on the market is its challenged balance sheet and significant debt in light of investments over recent years, Forde replied:

“It is a very well invested business. It has a very large supply base similar to ourselves and we’re in good shape to interest a transaction,” he stated.

However, with a number of other potential suitors said to be courting the idea – including: Dale Farm, Lakeland Dairies and Glanbia; plus at least one other international player – Forde anticipates some stiff competition ahead.

There will be plenty of interest in a good business like LacPatrick. We are confident going into the process that we have a very strong track record in consolidation and delivering for our member owners.

Just a week after the board of LacPatrick Dairies – headquartered in Co. Monaghan – formally announced that it is considering a merger to consolidate the dairy industry, the processor has set up a project team to oversee the process.

However, AgriLand understands that no meetings have yet taken place with any of the potential new partners.

It is also understood that staff at LacPatrick have been informed that there will be no forced redundancies if and when a deal progresses in the future. 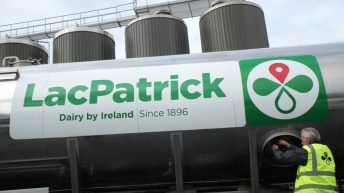 Board of LacPatrick Dairies ‘considering a merger’