Weed control: When is the best time to spray for best results?

In recent weeks, slurry and fertiliser spreaders have been a common site in the fields, and on the roads in rural Ireland, as spring finally kicked into gear with the favourable weather conditions we are now experiencing.

As a result, grass growth has started to pick up. While this burst of growth is long overdue, and very much welcomed, growing conditions for weeds are now also very suitable.

During this period of fine weather, the number one job on farmers' lists was to get silage ground grazed, with slurry and fertiliser applied, so it can be closed up with the aim of harvesting in May. In the majority of situations, this has been achieved.

Over the coming weeks, farmers may notice docks and other weeds appearing on both their silage ground and their grazing platform.

With this in mind, AgriLand spoke to TP Whelehan's Chris Maughan to find out what is the best way to control docks and other weeds, while touching on the ideal time for application. We also discussed best practice in terms of weed management in a new reseed.

On silage ground, when is the best time for spray application?

Over the last couple of weeks, farmers have probably got their slurry and fertiliser out. Generally, we recommend spraying weeds two weeks after fertiliser is applied - when the grass is starting to grow along with the weeds; this is the best time.

So, over the coming week or two, from mid-April to the end of April is the best time to hit docks and other broadleaved weeds.

This is the time to eliminate docks and weeds which will allow grass to grow in its place - resulting in better-quality silage. 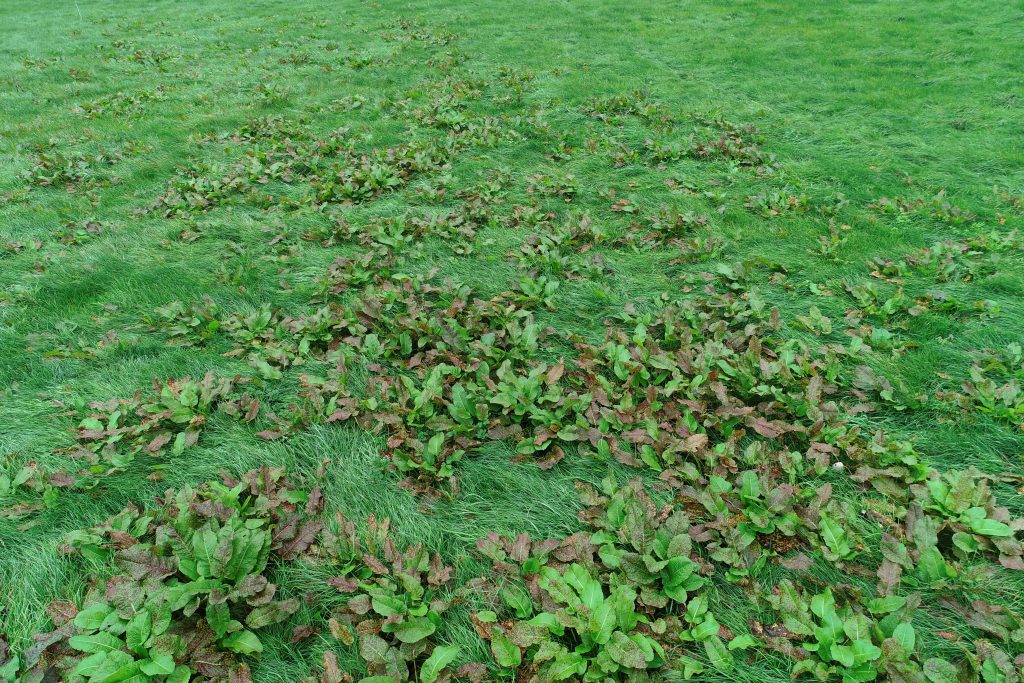 However, in terms of docks, if you get a grass frost - which you could get in April - it tends to turn the leaves purple. If that happens don't spray. Farmers should allow new leaves to grow, which will take about 10 days to two weeks.

What if I only got my slurry applied in recent days?

If slurry is going on, grass covers are probably low. So, what tends to happen is the slurry will cover and coat the dock, so it takes about two weeks for the new leaves to come up, so you'll definitely be waiting at least two weeks after slurry application.

In terms of docks, can I spray them at any growth stage or is there an ideal time?

The best time really to kill docks or any weeds is when you reseed. But, yes timing is very important.

You're generally looking at spraying docks when they're eight-to-10in high or across, and when they are green and leafy - usually at what is called the rosette stage. 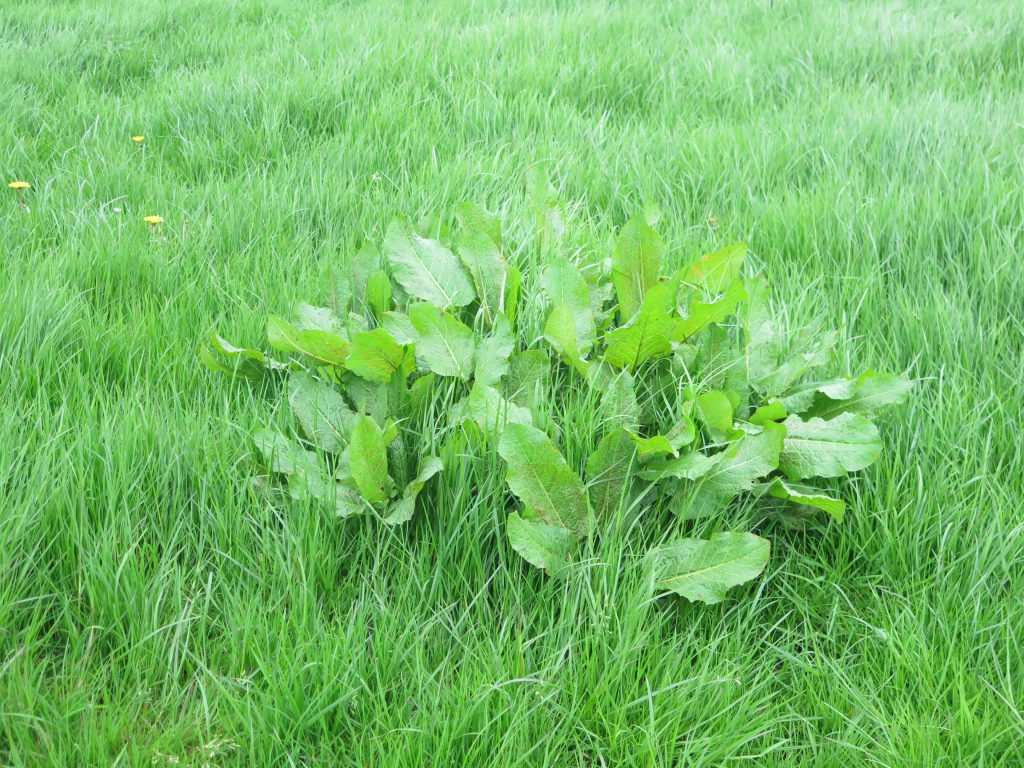 Generally, when you spray systemic products, you need to leave a minimum of three-to-four weeks before you cut silage and that allows the spray time to get down and kill everything.

If you get a good spray on the docks in the next couple of weeks, will that kill the weed completely?

It's very difficult to get a spray that will 100% kill out a dock root. There are hormone sprays that are short-term control; they work to kill out the docks for two-to-three months.

Then you've got other more systemic products, they tend to be better at killing out the root. But it is very difficult to get a spray that is 100%.

The other important thing is to use plenty of water - to give them a good wetting. Generally, with most products, you're looking at using a minimum of 200L of water/ha, which is about 20 gallons/ac.

However, with Doxstar Pro, there is a benefit in using 300L of water/ha - especially in silage ground to ensure you get good coverage of the dock.

A lot of the time there tends to be a lot of shading as well from the grass. So, we like to use 300L/ha because of this.

I've noticed a lot of docks on my silage ground this year, if I don't spray will this affect yield?

Teagasc carried out some work a number of years ago in Kildalton, where it had a field with a lot of docks.

What they did was they measured the amount of docks and grass in every plot and they found that - generally - when you have a 10% dock infestation, it reduced the grass yield by 10%. 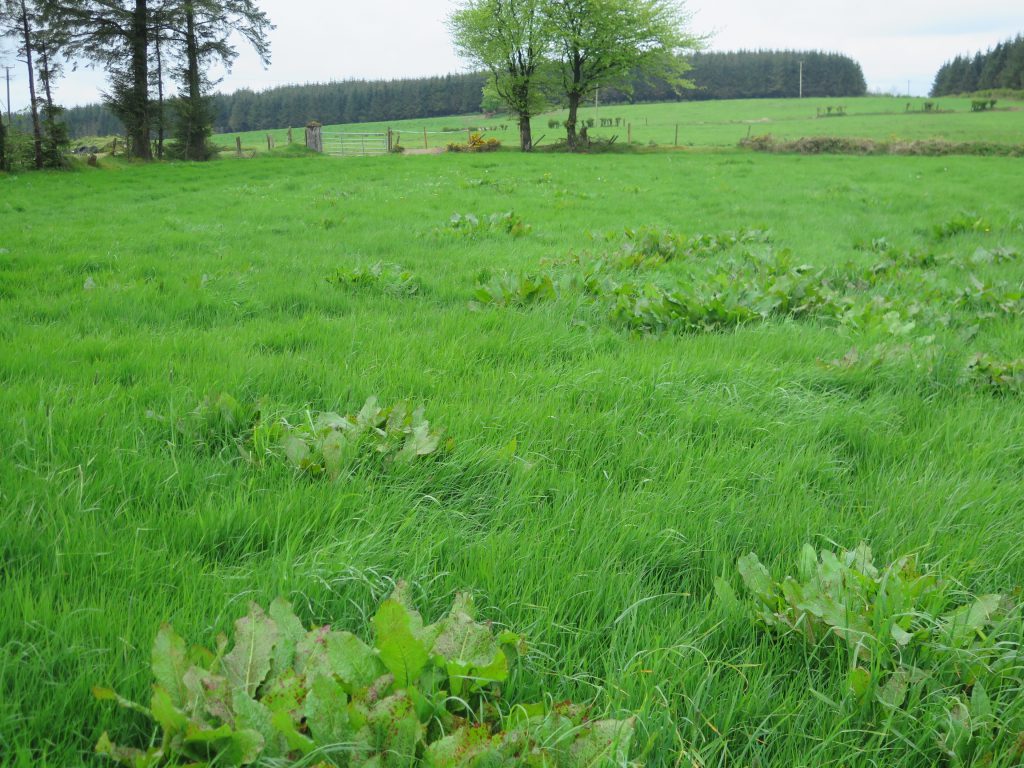 There was actually one plot of land that had 10t of docks and only 1t DM/ha of grass. Docks compete for light and nutrients in the soil and where there are docks, there will be a reduction in grass yield.

Apart from avoiding windy conditions when spraying, what other conditions need to be considered?

The best thing to do is spray a dry leaf. Sometimes if you have a heavy dew, it doesn't matter if the grass is wet, the important thing is that the docks are sitting up and they are reasonably dry.

Most products are rain fast within two hours of application.

For silage ground, most sprays are in the range of €15-38/ac including VAT.

We usually recommend Doxstar Pro at the half rate, which is 1L/ha; that would cost about €18/ac including VAT to the farmer.

Apart from the docks, what are the common weeds that would be on silage ground?

Over the coming weeks, farmers may see a lot of dandelions starting to flower; they'll be the first weeds that will come and they are very common in silage ground. 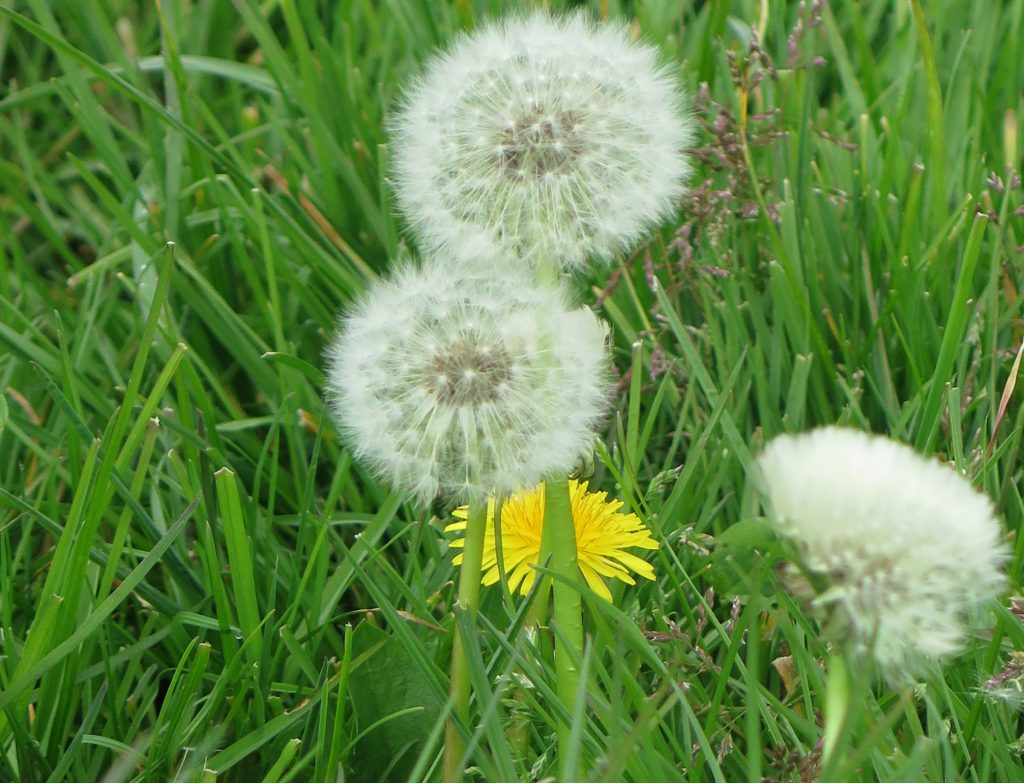 They'll tend to come out around the month of May.

I'm going to reseed a number of my paddocks, what do I need to do?

Generally, when you go to reseed you get one opportunity to eliminate scutch grass and grass weeds. That's why it's really important whether you're ploughing, direct seeding or using min-till cultivation that you use glyphosate at the maximum rate to kill out those grass weeds.

Typically, allow a minimum of 10-14 days to allow those grass weeds to be killed, before you till up the grass afterwards; water is generally at 150L/ha.

What are the common weeds that appear in a reseed?

Generally, when you spray glyphosate before you reseed, that doesn't have an effect on the weeds that will germinate later on.

When you cultivate the ground, there are thousands of seeds in the soil and when they get light - and with a good seed-bed situation - they all have the possibility to germinate afterwards.

Where you use min-till cultivation, there tends to be a greater amount of perennial weeds - buttercups, dandelions, plantains, docks etc. - because those seeds have been on the top of the ground and they have not been buried.

Usually, when farmers plough, those seeds are buried and you get softer weeds - for example chickweed.

Generally, four-to-six weeks after you reseed most of the weeds will germinate along with the grass. That is the best time to eliminate these - especially perennial weeds such as docks and thistles - when they are small and before the roots get a chance to establish. 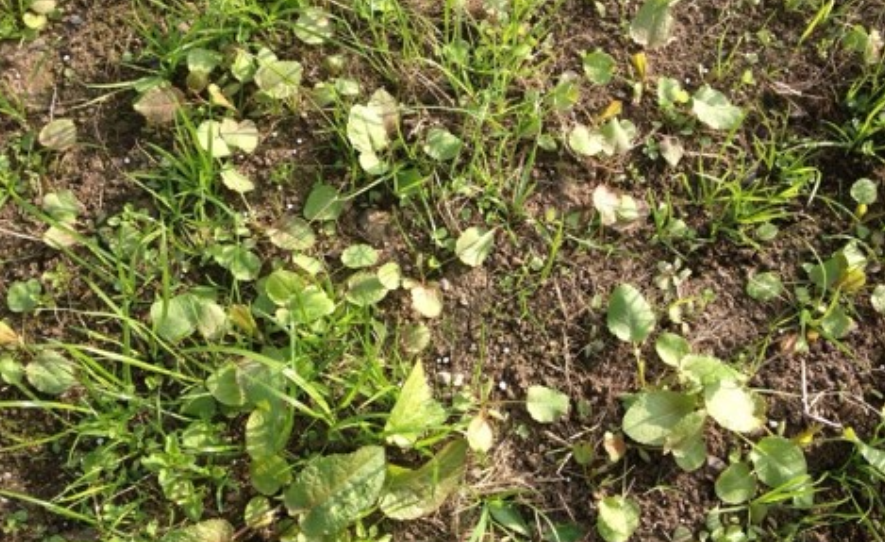 With docks, it's much easier to kill a root that's only 1in long rather than waiting two years and killing a tap root that could be up to 1ft long at that stage.

Again, Teagasc work in Kildalton showed that where you eliminate the docks within six months of reseeding - before the root is established - if the field is well managed afterwards in terms of fertiliser and grazing, the docks generally don't come back for up to five or six years.

When is the best time to spray ragwort?

The key thing with ragwort is to hit it early in the year - at this time of the year when its at the small rosette stage.

You don't spray ragwort when it starts to stem out because it takes longer for the spray to kill it - which could take six-to-eight weeks. Also, when ragwort has been sprayed and it's dying, it becomes more palatable and the animals will eat it.

So, if you've sprayed for ragwort you have to keep animals off the field until it has totally died and decayed away. If you spray ragwort when it gets stemmy in early May, it could take up to two months for it to die completely.

Another option is to spray it in the autumn - in September or October or maybe into November - if there was a very mild weather because - at this stage - fields can be closed off and the ragwort has time to die and decay over the winter.