Weigh your bales on-the-go with this ‘combi’ baler-wrapper 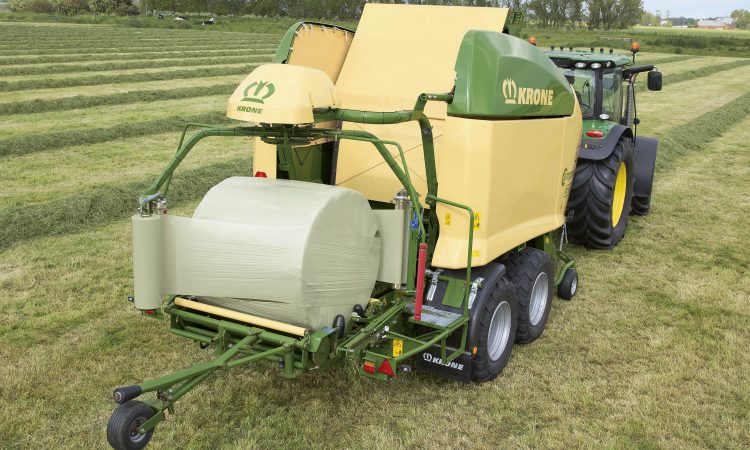 Installed on the wrapping table, the manufacturer says that the system “instantly determines the weight of the bale as its arrives on the table”.

The reading is then displayed on the in-cab terminal (screen). Offering a reputed accuracy of ±3%, Krone says that the system is “equally beneficial for operators and customers”. 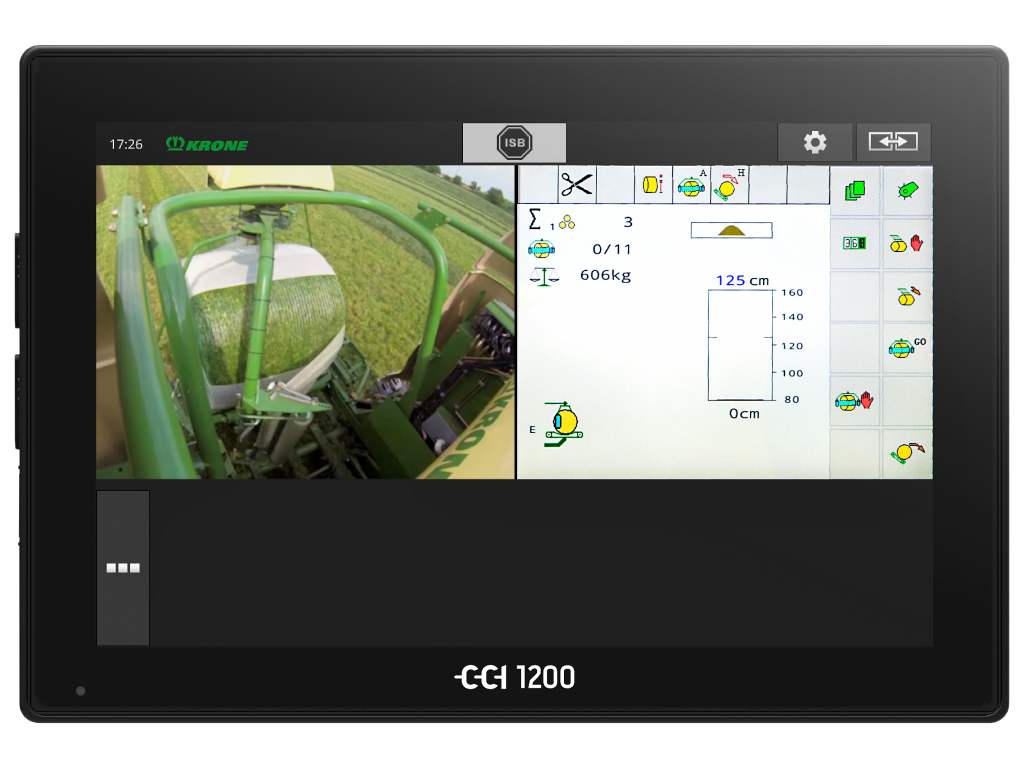 Storing the accumulated total bale weight in the system’s memory, the intention is to provide “clear information” at the end of the job.

Krone is at pains to point out that weighing systems have been available for BiG Pack (large square) balers and some forage wagons as far back as 2011.

In related news, the Irish Krone distributor – Farmhand – was quite the talking point at last week’s National Ploughing Championships.

Its exhibit comprised a Krone BiG X (forager) and an Amazone Pantera (sprayer) that were both hoisted into an elevated position – towering above surrounding machines.

Amidst the threat of high winds and potentially dangerous gusts (due to Storm Ali), a crane was brought back to Farmhand’s stand during the event to lower the machines back down to the ground (to err on the side of caution).

Once the winds had abated, the machines were elevated once again to their lofty perch. This video (below) captures the action (from Wednesday evening).

It’s worth noting that AgriLand was also on-site in the run-up to the National Ploughing Championships, to photograph and report on the tractor and machinery highlights.