Home » N.Ireland » What can I do to tighten up the lambing period?

What can I do to tighten up the lambing period? 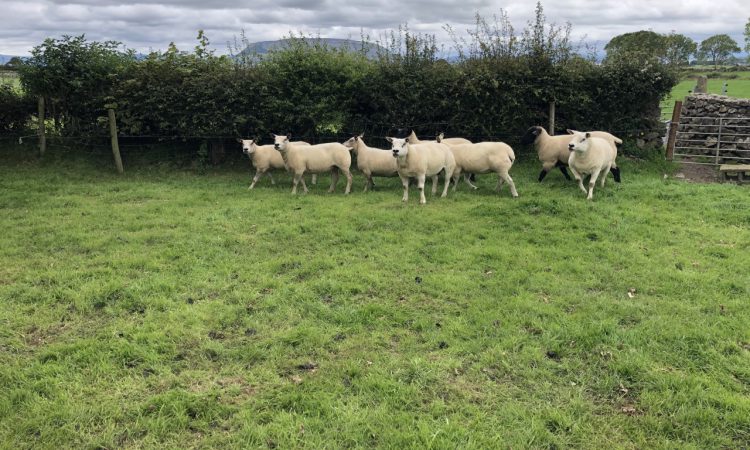 A compact lambing period is what many sheep farmers strive for every year; however, in some cases, it is sometimes hard to achieve.

Although, one way to possibly tighten up the lambing period is through the use of the ‘ram effect’.

According to Teagasc, the ‘ram effect’ can be used to induce ewes or ewe lambs to start cycling provided that they are sufficiently close to the time period of the onset of normal cyclicity.

Also Read: Sheep management: Time to check if your ram is fit for purpose

For the ‘ram effect’ to work the ewes should not have been in contact (either sight or smell) with rams for the previous month.

Because, when ewes are exposed to rams again, the rams’ pheromones cause hormonal changes in the ewe that initiate cyclicity.

Table: Timeline for the use of the ‘ram effect’.

Upon introduction of adult rams, most ewes that are not already cycling will have a ‘silent heat’ within 36 hours and a proportion will have a second silent heat after six days. These ‘silent heats’ are not detected by rams.

The rams should be removed after 24-36 hours. Ewes will cycle approximately 17 days after the final silent heat.

The occurrence of first heat (detectable by rams) will be 18-23 days later.

When using the “ram effect” to synchronise the mating season, it is also recommended to have an adequate number of rams for mating – ideally, one ram per about 18 ewes.

Furthermore, it is essential to have adequate facilities – especially lambing pens (one pen per six ewes) and labour – in order to cope with the increased workload during the lambing season.

Research from Teagasc in Athenry on the ewe lamb flock indicated that the use of the ‘ram effect’ allowed for 70% of the ewe lambs to give birth within a two-week period and 90% to lamb within the space of three weeks.

It is also recommended that ewe lambs be mated after the adult ewes so that they lamb during the second half of the lambing period in order to facilitate cross-fostering and also to avoid an extended lambing season.

This is because ewe lambs are less likely than mature ewes to seek the ram when in heat and the fact that they have a shorter oestrus.

This, in turn, could lead to a high barren rate, if ewe lambs have to compete with adult ewes for the attention of the rams.

It is also important to remember that ewe lambs should be 60% of their mature weight when joining the ram.