Home » Dairy » What impact will the hot summer have had on your cows’ feet?

What impact will the hot summer have had on your cows’ feet? 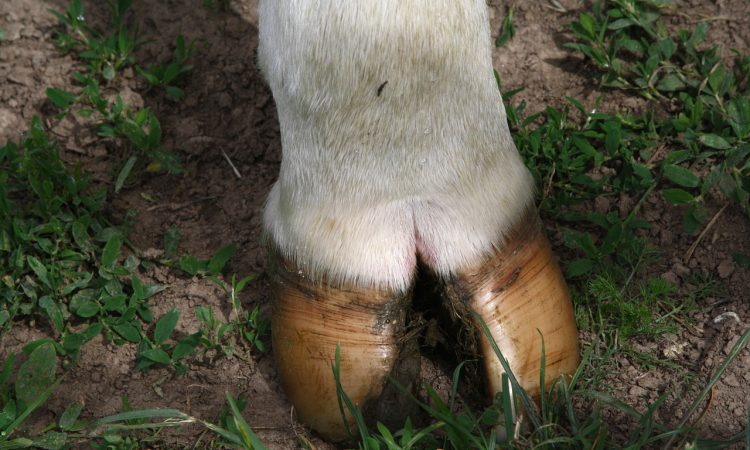 The hot, dry weather of the summer and lower than normal feed quality have the potential to cause greater lameness problems heading into winter, according to vets.

They will have experienced prolonged periods of standing – which cows do to diffuse heat when hot in an attempt to cool down.

“In addition, some farms struggled to maintain body condition, possibly due to reduced feed intakes in the hot weather coupled with poor forage availability.”

Standing for long periods – particularly on hard surfaces – can contribute to sole ulcers and claw horn lesions (CHL), which this summer was compounded in some situations by cows losing body condition resulting in a reduced fat pad in the hoof.

“Hopefully if this occurred, they were treated as early as possible, as if left untreated it can cause long-term, often irreversible, lameness.”

Dr. Newsome explained the lack of forage available in recent months has led to cows being in poorer condition heading into the winter, so this year more than ever it’s important to get on top of any lameness issues.

“Winter housing increases the risk of lameness,” he explains. “If feet are more fragile and cows are more prone to lameness, we need to act now to stop it getting out of hand,” he says.

I would advise farmers to conduct a full lameness MOT, prepare for winter housing carefully and give prompt, effective treatment to get cows back on track.

He recommends regular mobility scoring of the whole herd to determine which cows are lame and to plan the treatment needed.

“Most farmers we work with understand the role mobility scoring has in lameness prevention and control, hence it’s part of our whole herd lameness plans.

“With AHDB’s scoring system, identifying score 3 cows is easy and commonly done; the score 1 and 2 cows are more difficult to spot, but require immediate attention.

Dr. Newsome also highlighted the importance of identifying CHL, one of the most common causes of lameness at this time of year, as early as possible.

“CHL can cause long-term structural damage to the hoof if not treated quickly enough. It’s now common practice to treat these lesions with a three-pronged approach comprising of a hoof trim, administration of a block and use of a non-steroidal anti-inflammatory injection such as ketoprofen.”

He explains that using this approach and administering a nonsteroidal anti-inflammatory drug, such as ketoprofen, has shown cows are less likely to be lame five weeks later than cows receiving a therapeutic trim alone.

“The differences are significant, and the chance of reoccurring lameness is reduced, which after a summer like we’ve just had, it really is important.

“With lameness, the key is to detect and treat as early as possible, and this pre-winter period is the perfect time to prevent what can become a very costly issue,” he added.