Home » Grass » What is the going price for slurry spreading?

What is the going price for slurry spreading? 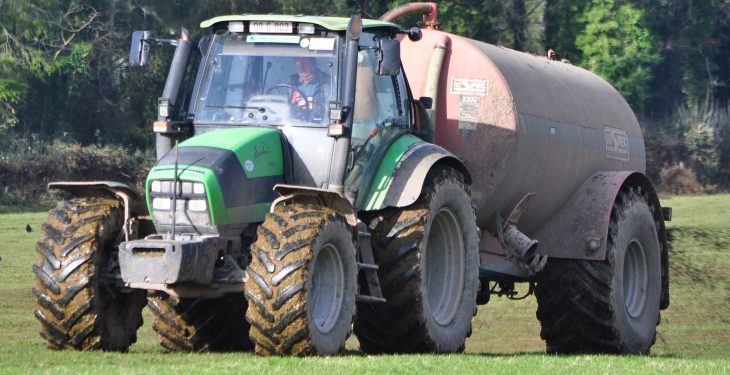 There is a wide range of prices currently being quoted by agricultural contractors around the country to get slurry spread. Quotes were given either on a per-load or per-hour basis, which would very much depend on individual farm set-up and location.

Beginning with Co. Galway, the contacted contractor gave a quote of €16 per load (including VAT) for a 1,350-gallon tanker. The contractor said he used a small tanker with over-sized wheels because he had to spread a substantial amount on fairly bad ground. This was spread using a splash-plate. The quote given included agitating and spreading.

Going on the two prices given, in theory, the average for a 2,000-gallon tanker load would cost approximately €25 per load including VAT.

In Co. Cork, a contractor quoted a price of €50 per hour plus VAT for spreading using a 2,000-gallon tanker with a splash-plate.

A contractor in Co. Kilkenny quoted €45 (including VAT) per hour using a 2,500-gallon tanker with a splash-plate. The quote rose to €60 per hour (including VAT), when also using a high-flow agitator.

A contractor in Donegal quoted a figure of €40 per hour plus VAT for spreading using a 2,000-gallon tank and splash-plate. The same business offered a quote of €100 per hour plus VAT for an umbilical hose and dribble bar (using a Doda HD35 pump), which can stretch from 800m to 2,000m. It is also possible to split the line and add another pump (for long distances), according to the contractor.

Finally, in Co. Kildare, the price quoted was €45 per hour plus VAT using a 3,000-gallon tandem-axle tanker with a splash-plate.