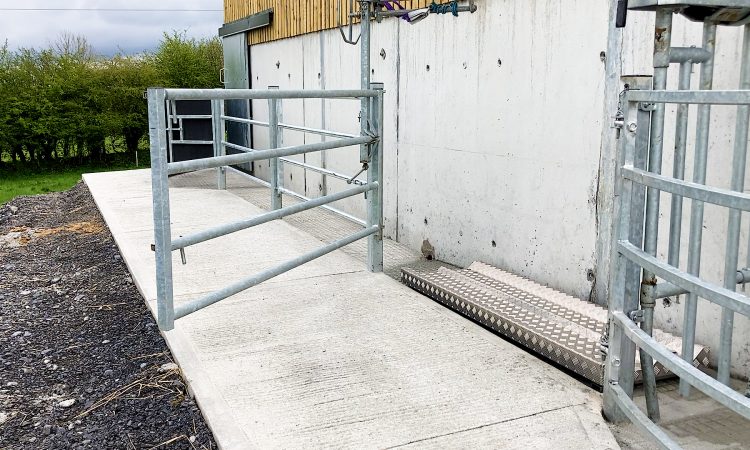 The chilling psychological effects of bovine TB have left some farmers unable to even enter their own yards, according to union reps in the North.

Ulster Farmers’ Union staff and office-bearers spoke about the heartbreaking experiences of stock keepers affected by the disease at a briefing on the union’s response to the department’s bovine TB strategy today (August 27).

UFU president Victor Chestnutt said the disease had become the “bane of a lot of farmers’ lives”.

It follows an emotive meeting late last night attended by more than 100 farmers from across Northern Ireland, many sharing their personal experiences and frustrations over the situation.

Department of Agriculture figures show that in 2020, 12,852 cattle were slaughtered in Northern Ireland after reacting to a TB test. For the first six months of this year, the toll was 6,044.

The latest official figures show herd incidence over the last year remains around 8.59%, up slightly on the 12 months before.

‘An eerie silence in the yard’

Explaining the impact on stock keepers, Victor Chesnutt said the “eerie silence” in the yard was one of the most difficult effects.

“It affects farmers’ mental health,” he said. “I don’t know what it feels like to lose my whole herd, but I’ve been in situations where a farmer couldn’t go into his own yard because of the stillness of the yard.

“…William and I [went to one farm] where the farmer had written out what he wanted to tell us the night before – he broke down in the middle of it and had to reach over to his brother to read the rest of it.

It affected that man. That man, as far as I know, never went back into milking cows – and that was two or three years ago.”

Another example was given of a six-week-old suckler calf “left roaring for its mother” after 30 animals were taken from the farm to be destroyed after a difficult herd test.

The union reps said that while farmers accepted there would be an element of “pain” with overcoming the disease, they took offence to suggestions farmers were not doing all they could to tackle TB.

Chestnutt gave the example of one dairy farmer who had lost cows to the disease but had even gone as far as putting electric fences around the badger setts to reduce the contact between badgers and his cows.

“All his cattle are inside a road making contact with no other herds, but that man lost all his milking cows in a test before Christmas,” Chestnutt said.

The Christmas tree lights were already up, but they weren’t switched on over Christmas.

“Yes, the young children in the family got a Christmas, but the father and the son felt it inappropriate to put the lights on, and I can tell you it’s hurting them. They are wondering where their future is in livestock farming.

“They washed the yard meticulously with disinfectant – it’s a very, very tidy spot – but since that night, another 30 have gone down.

“These are the type of stories we hear every day of the week when we are among farmers.”

Lynsay Hawkes, one of the union’s support staff, spoke of her experiences visiting a farm in Co. Fermanagh, where the whole dairy herd was taken away as a result of bovine TB.

“It was extremely emotional and tough – for the farmer and myself,” she said.

It was devastating to see their livelihood going down the road on that lorry. I couldn’t even find the words to say to the family. It’s something that I don’t ever want to see again coming from a farming background.

“… that was their passion and their livelihood, and that was being taken away from them.”

Deputy president David Brown, who also visited the same farm, added: “Currently, there is a valuation on the stock, but as far as farm income is concerned, they have no income – because they have no cows, they have no milk to sell.

“There is huge pressure from that aspect, but the biggest strain and stress is that there were generations of breeding going on to that lorry – cow families and genetics lost forever – 40 years of breeding for composition and milk quality.

The little boy over the last week has been asking ‘Daddy, what field are the cows in?’, ‘Where are the cows daddy?’ And he said it would just break you.

“Lynsay and I even had to turn away at points because it was hard to listen to. It was very emotional.”

“We need to stop this madness,” Chesnutt said. “Farmers aren’t anti-badger. A badger is a nice animal, and it doesn’t do a farmer much harm, but unfortunately, it is the main host for carrying TB.”

Chestnutt added: “A former chair of our animal health committee last night told of his grandchild talking about his son, who was a suckler producer, who went down with TB… he had got one clear test, and he was hoping to complete his second clear test to sell his store cattle, which was his only income, and in the last batch of cattle that came up, there was one cow that reacted to the skin test.

The little grandson of 10 told the grand-dad, “daddy was crying”. That’s the effect it has on grown men, and yet we read in this proposal, we need a cut in stock values to ‘change farmer attitudes’. That really frustrates me.”

Brown said the wording of this section was “extremely offensive”.

“The vast, vast majority of farmers do their absolute best, and do not, under any circumstances, wish to have this disease anywhere near them,” he added.