Home » Grass » Who were the winners in the UGS Grassland Farmer of the Year awards?

Who were the winners in the UGS Grassland Farmer of the Year awards? 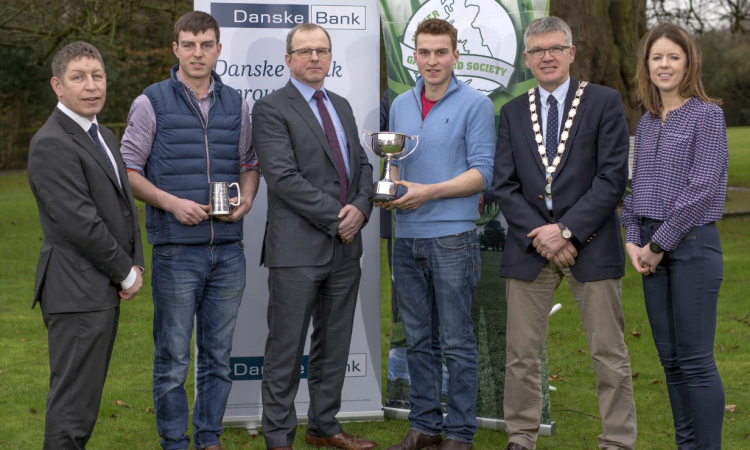 An important feature of the Ulster Grassland Society’s (UGS) annual conference is the presentation of awards in the society’s Grassland Farmer of the Year competition which was again generously sponsored by Danske Bank.

Competition was high and included entries from all over Northern Ireland with first round judging undertaken by Norman McMordie and John Henning.

The final round judging then saw the finalists visited by the 2019 winner John Martin, Dr Sinclair Mayne and Dr Debbie McConnell.

The winners in the Grassland Farmer of the Year competition were as follows:

The judges complemented all of the winners on their dedication to grassland farming and ability to maximise production from grass.

Each of the finalists were focused on attention to detail to ensure their farm was performing to it’s optimum, despite the vagaries of the weather and local conditions during 2019.

Commenting specifically on the winning farm they commented: “The Johnston’s demonstrated good measurement and utilisation of grass and silage with optimum use of soil analysis.

“Their cows looked well, producing almost 3,500L/cow from forage, with succession in place and the sons fully involved in day-to-day decision making on the farm,” they concluded.

The various awards in the competition were handed over by Rodney Brown, Head of Agribusiness, Danske Bank, who again generously sponsored this prestigious competition.

New society president – Charlie Kilpatrick – congratulated all of the winners and thanked Danske Bank for sponsoring this important competition in the UGS calendar. 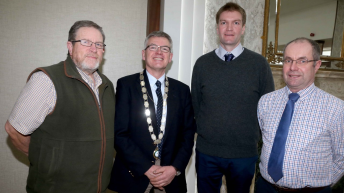 UGS annual conference: ‘Getting back to business’