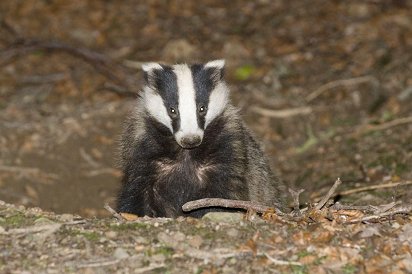 A bid by wildlife group the Badger Trust to halt this year’s UK badger cull in the High Court has failed.

The Badger Trust argued the ‘controlled shooting’ in Gloucestershire and Somerset should only take place with independent observers overseeing it.

However lawyers for the UK Agriculture Department said: “Defra lawyers said the monitoring was only intended to run in the first year.”

A Department for Environment, Food and Rural Affairs (Defra) spokeswoman said: “We are pleased that the judge has found in our favour.

“We have always been clear that the independent expert panel’s role was to oversee the six-week pilots in the first year of the culls only.

“This year we have made changes to monitor effectiveness and humaneness and the culls will be independently audited.”

The government and farmer representatives have said that culling is necessary to tackle TB in livestock. More than 26,000 cattle were slaughtered in England last year because of the problem.

Dominic Dyer, CEO of the Badger Trust and Policy Advisor to Care for the Wild, said: ” In the circumstances I fail to understand why the government feels it is acceptable to re-start the culls while these issues are unanswered. Confidence in the ability of badger culling to actually solve the problem of bTB was already low, but recently it has also collapsed in terms of humaneness and of public safety. It is now an utter shambles but it is apparent that there is a determination to proceed, come what may.

He added: “Meanwhile in Wales, they have reduced bovine TB by 50% in five years, a figure farmers in England would be ecstatic about. But this has taken place without a badger cull, with the emphasis on farming measures and, crucially, annual testing of cattle.

“The Welsh government have made it clear that this is the reason for their success – but the National Farmers’ Union here in England refuse to do annual testing because they claim it costs too much. Yet they were prepared to spend £10m last year on killing 1861 badgers, and they are about to do the same again. It is a failure of judgement, a failed policy and it will fail their own members, the farmers who desperately need an effective solution.”