Will satellite imagery remove the need for farm audits? 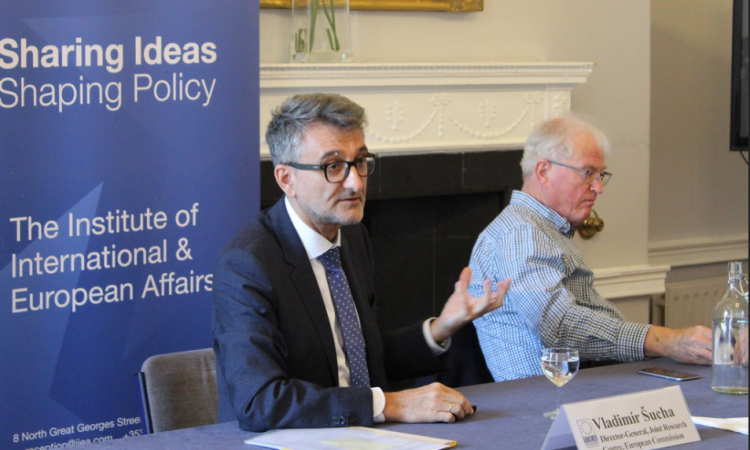 Improved satellite imagery can remove the need for farm audits, according to a senior researcher for the European Commission.

Vladimir Sucha was speaking at a meeting of the Institute of International & European Affairs in Dublin last week. He is the director-general of the Joint Research Centre (JRC) of the European Commission.

He was giving a speech on how the use of date, including satellite imagery, can make it easier to verify what a farmer is doing, which can then be used to enhance the farm’s performance, as well as check for compliance with measures under the Common Agricultural Policy (CAP).

What is annoying for everybody is if somebody is watching you, or checking up on you.

“Hopefully, with this technology, we will suppress all audits,” said Sucha.

He highlighted the long strides that have been made in satellite imagery over the last decade, and what he believes can now be done with those pictures.

“We will be able to inform the farmers in advance what is going on in their fields [in terms of performance] because we will have that information. Right now, the capacity is that we can monitor every farm – every field – in Europe two to three times per week,” he explained.

So we can have high-resolution, high-quality images, with multi-spectral analysis, at least twice a week.

Sucha also outlined the methodology that would be used in such a system.

“We will be asking farmers just to send pictures, either from a drone or smartphone, which will be compared to satellite imagery, and we can make a conclusion on performance, or on fulfilling the criteria for payments,” he explained.

This methodology is currently being tested in six EU member states.

Sucha added that authorities would work with farmers to help them adopt this system where needed.

He went on to highlight the need for data security and transparency.

“Without data from the farmers we are not going to be able to provide all these services and actually check the performance…there needs to be a clear contract where farmers can say: ‘I’ll give you the data, but I get something in return,'” Sucha stressed.