Home » Machinery » Will your next New Holland tractor look like this?

Will your next New Holland tractor look like this? 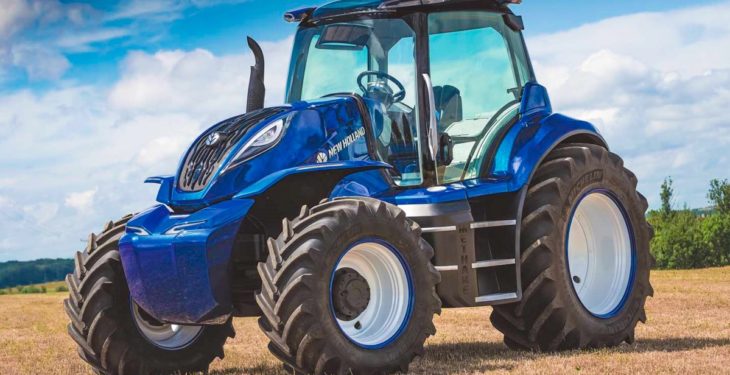 New Holland has unveiled a new-look 180hp methane-powered concept tractor at this week’s Farm Progress Show in the US.

While this tractor is likely to be at least three years away from production, could the swept-back styling be an indicator of what other New Holland tractors will look like in the near future?

The concept tractor also features a futuristic-looking new cab. Could this also become the norm for other next-generation New Holland models?

“The new methane-powered concept tractor’s engine delivers the same performance and has the same durability as its standard equivalent, but with much lower running costs,” said New Holland Brand President Carlo Lambro.

“It combines alternative fuels and advanced agricultural technology to create a vital link that closes the loop in an energy-independent farm’s virtuous cycle – by running on the energy produced from the land and waste products.”

The concept follows on from New Holland’s other work with alternative fuels. For example, it offered 100% compatibility with biodiesel back in 2006; it developed a hydrogen-powered tractor concept in 2009.

The latest tractor is claimed to reduce running costs by 30%. Its 6-cylinder methane engine delivers 180hp and 740Nm – the same power and torque as its standard diesel equivalent.

The new cab features a “20% increase in the glazed area compared to the standard tractor”.

The floating domed roof creates a “completely panoramic design” – an agricultural first says New Holland – that will enable operators to view a front loader throughout the “entire operational arc”.

The use of 360º viewing cameras eliminates the need for wing mirrors, with the surrounding view displayed on the fixed-hub steering wheel display.

Wireless cameras can also be attached to implements operated by the tractor, for close-up viewing.

The fixed-hub steering wheel mounted display cluster remains in a fixed, upright position, regardless of the position of the steering wheel.

A new ‘headliner display’ is located at the top right-hand side of the cab; it has been positioned so that the operator can “view it at a glance”. This panoramic display consists of three distinct sections.

The first screen, on the left, is dedicated to the feed from the viewing cameras which replace the conventional wing mirrors, together with feeds from implement-mounted wireless cameras.

The right-hand third screen is dedicated to information feeds. This includes radar weather data and a news feed (presumably from AgriLand!) together with climate control information and a media package.

Voice control of key functions, says New Holland, enables the operator to keep their hands on the steering wheel at all times. These functions include climate control, the tractor’s media system and mobile phone operation.

In other New Holland news, the firm recently updated its existing T6 Series tractors – with the addition of a new transmission option.

The company also announced a package of upgrades for its T7 ‘Long Wheelbase’ (LWB) tractor line-up – in the shape of a new suspended front axle and other improvements. 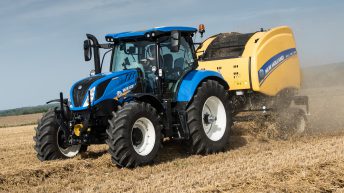 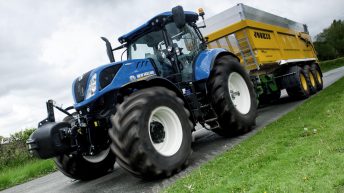