The winners of the Farmers’ Union of Wales (FUW) Christmas card competition have been announced.

Annest O’Neill of Ysgol Treferthyr, Criccieth and Rhian Morgan of Ysgol Llandinam, Newtown beat off competition from hundreds of entries from across Wales in the Farmers’ Union of Wales Christmas card design competition.

Their designs were chosen as the winners of the Welsh version and the English version respectively.

Now, both girls’ designs which had to include a scene from a farm will be printed and sold by the Union in aid of the DPJ Foundation which supports mental health in farming communities.

The winners received gift cards as a prize as well as a cash prize for their schools.

Annest, who won the Welsh version, submitted a design of a Christmas scene of farm animals receiving a gift from Santa and a special Christmas box addressed to the Union. 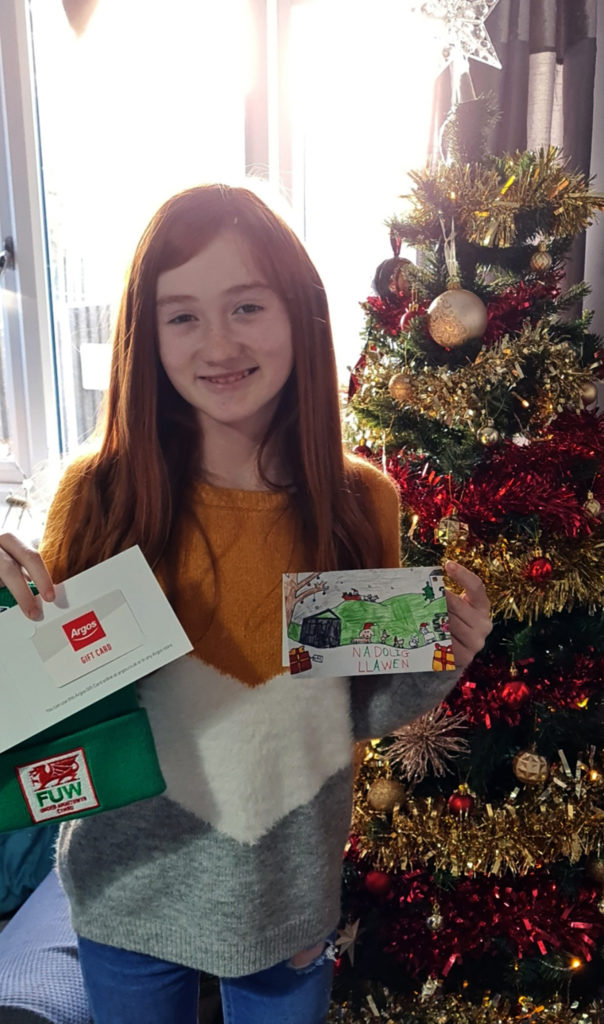 Rhian’s design features an agricultural twist on a traditional nativity scene with farm animals asleep in the manger under the legend, ‘Twas the night before Christmas, when all through the farm, every animal was sleeping, it was so calm’.

Though Annest was unable to attend, Rhian travelled to the Royal Welsh Winter Fair to be awarded her prize from FUW President, Glyn Roberts.

I was extremely impressed with the standard of work this year, and especially that of Annest and Rhian.

"There was a lot of innovative thinking and artistic talent on display and I was proud the FUW could arrange this, and for such a  worthy cause.”