Home » N.Ireland » Women in Science: Challenge yourself… you might just find a career you love

Women in Science: Challenge yourself… you might just find a career you love 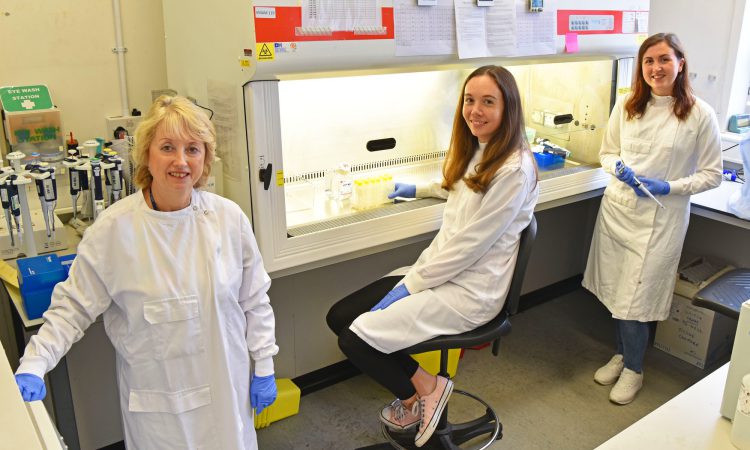 Get out of your comfort zone, get speaking at conferences, meeting people and trying new things, one of Northern Ireland’s top virologists has urged young women interested in a career in science.

AgriLand spoke to Prof. Louise Cosby as part of a series for International Women and Girls in Science Day today (February 11).

Prof. Cosby is head of virology at the ‎Agri-Food and Biosciences Institute’s Veterinary Sciences Division and also an emeritus and honorary professor of microbiology at Queen’s University Belfast.

She’s currently overseeing exciting research to trial potential novel virus vaccines for bovine respiratory disease (BRD) as well as research into how the disease is triggered in calves.

The trial was postponed because of Covid-19 but it’s hoped the vaccines will be administered to calves at the institute before the end of the year.

Prof. Cosby is also involved in a large international study into how animal genetics affects susceptibility to the viruses behind BRD.

Another study involves bovine coronavirus. The virus has a similar range of symptoms in cattle to the Covid-19 coronavirus in humans so it’s hoped the study will inform not only understanding of differences in response to coronavirus infection in cattle but also the varied Covid 19 response in humans.

Prof. Cosby worked for many years on the neurological effects of measles but also on the veterinary viruses closely related to the measles virus.

“I find viruses fascinating and always have – they are between life and non-life, only being able to come alive inside the cell. Once they are in a cell, they take over the cell machinery, but when they are outside the cell they are just a bunch of inert chemicals.

“I enjoy trying to help develop vaccines and therapies – it’s a challenge and a very interesting one,” she said.

Prof. Cosby said she first realised she had a spark for science at school.

“It was the subject I really liked – I was never good at languages,” she said. “I realised that was what I was interested in.

I remember in first year you had to choose whether to do domestic science or science – I knew which way I was going!

Afterwards, she studied Microbiology in Queen’s, going on to study a PhD in Virology.

Early in her career, she was involved in the discovery of phocine distemper virus in the 1980s, a study which was published in Nature.

‘The higher you go, the more you can specialise’

As for her advice for young budding scientists, she urged them to stick at it and challenge themselves to get out of their comfort zones.

“It’s not so interesting maybe when you’re at school and you might not be as interested in some of the topics you have to cover,” she said.

“By the time you get to university, you might have to do some foundation/early courses too which you’re not crazy about.

“But you eventually get to the topics you do like and as you get further and further up the system you get to do more of the bits you really like.

It’s having that understanding that you maybe will have to do some bits which are less interesting for you personally but it’s surprisingly how later on, some of that early knowledge is very useful.

Speaking about how her career had offered her lots of opportunities, Prof. Cosby said travel was one of the best perks.

“It’s where you mix with other researchers and a lot of collaborations are set up.

“I should have been in Ohio the first week of March, Barcelona before Christmas, and Washington in September but it was obviously all cancelled because of Covid,” she said.

“You have to put yourself out there and be prepared to talk – the younger scientists can give a poster as a starting point.

“I make my students do things like that! People need to get out of their comfort zones – a lot of them really like it once they give it a go.”