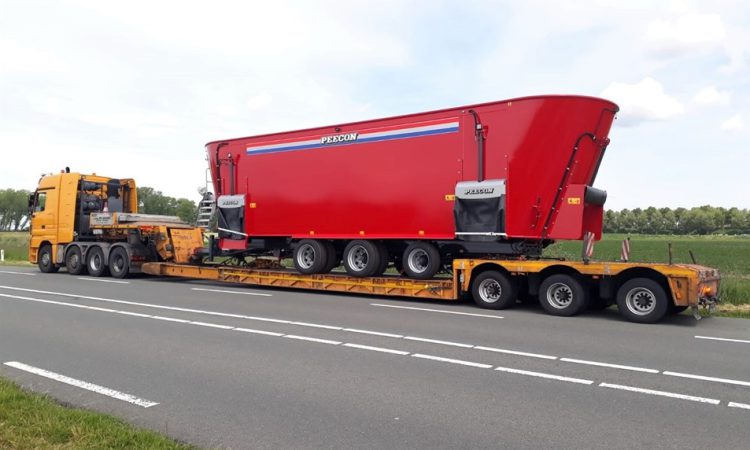 What is being described as the “world’s largest mixer wagon [tub feeder]” is making its way from Europe to the US. Built by Dutch company Peecon, the machine (pictured above and below) has a capacity of 70m³.

The machine is the biggest model in Peecon’s so-called Biga Mega Mammoet line-up. It has no less than four (vertical) mixing augers.

This feeder is currently on its way to Marloo Equipment – a company based in Michigan. It is apparently one of several such machines that have been delivered to the US.

The previous biggest offering from Peecon was a 64m³ machine; it needed a 240hp tractor up front but could hold over 25t of feed.

Who or what is Peecon?

Peeters Landbouwmachines, the company behind the Peecon brand, produces thousands of machines each year. It exports its wares to over 40 countries around the globe.

The company is no stranger to innovation. A number of years ago, it developed a novel ‘Gull Wing Double Tyre’ system (pictured below – on a New Holland tractor). 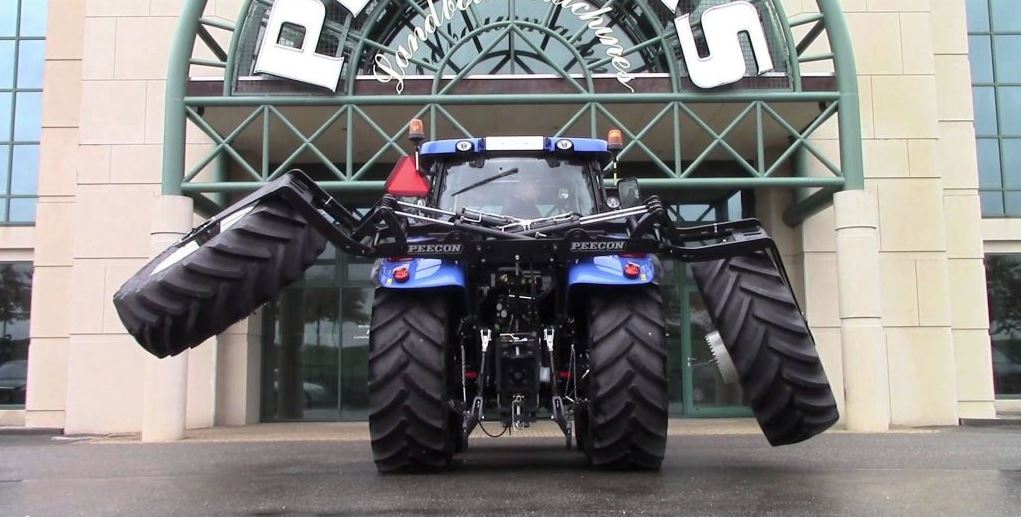 The system enables a pair of additional tractor wheels – one either side – to be folded down (into a working position) or up (into a transport position).

In the ‘working’ position, the configuration mimics a ‘twin’ or ‘dual’ wheel set-up at each side. In the ‘transport’ position, the rig folds up to a safe width – for peace of mind. The rationale is that tractors are simply too wide on the public road, when ‘dual’ wheels are left on.

When lifted, the wheels are held high off the ground – enabling operators to use the three-point linkage.