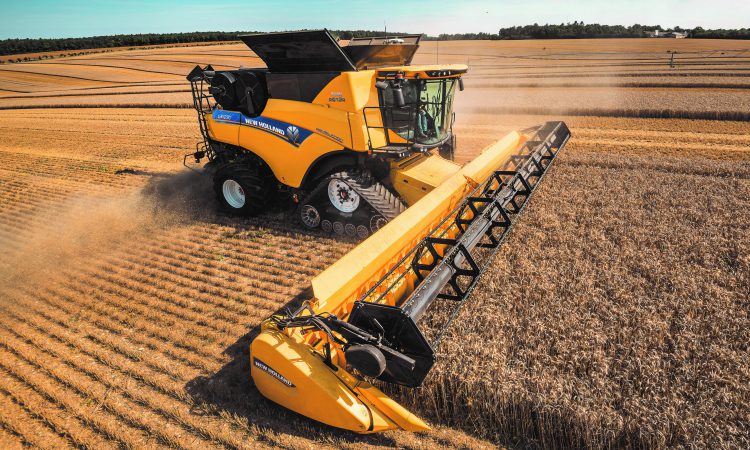 It comes with an award-winning ‘IntelliSense’ (automatic setting) system, plus a host of other improvements to what the manufacturer claims is the “world’s highest capacity combine”.

“The world record holder, and most productive and high-capacity combine available, has taken efficiency to an entirely new level. It has made a significant step forward in automation, taking over decision making from the driver to optimise output, grain quality and operator comfort.”

The patented cleaning shoe sensors provide “very precise measurements” of the load. Based on this data the combine will proactively and constantly adapt: rotor speed and vane angle; fan speed; and the opening of sieves – to “automatically deliver the desired result”. 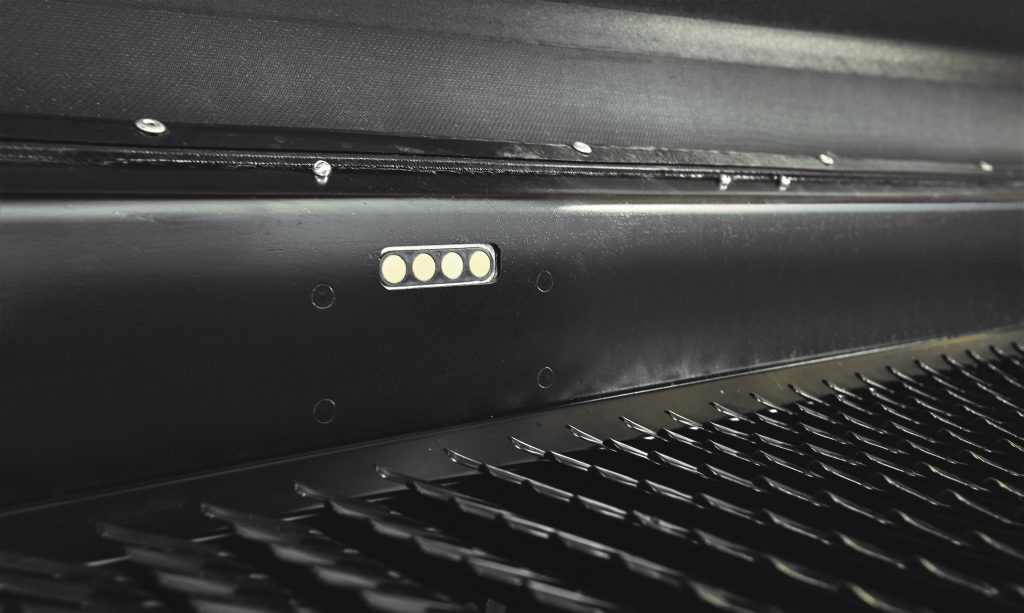 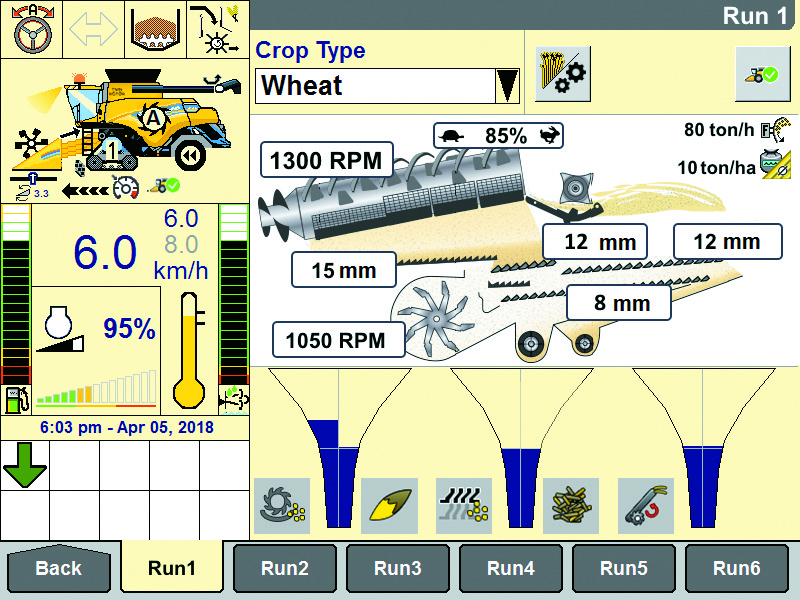 The Fixed Throughput strategy varies ground speed to maintain a pre-set load on the combine, so that productivity remains constant in varying yields.

The Limited Loss strategy varies ground speed to maintain a set flow, but if losses become excessive throughput is reduced to limit losses.

New Holland has extended its CR Revelation range with a new entry-level model – the CR 7.80. It’s powered by a new Cursor 9 engine with a rated output of 374hp (and a maximum output of 415hp).

The new CR 7.80 and the next model in the range, the CR 7.90, are the first to comply with Stage V emissions standards (requiring a further 40% reduction of Particulate Matter content compared to previous Stage IV regulations). Both have EGR-free engines. 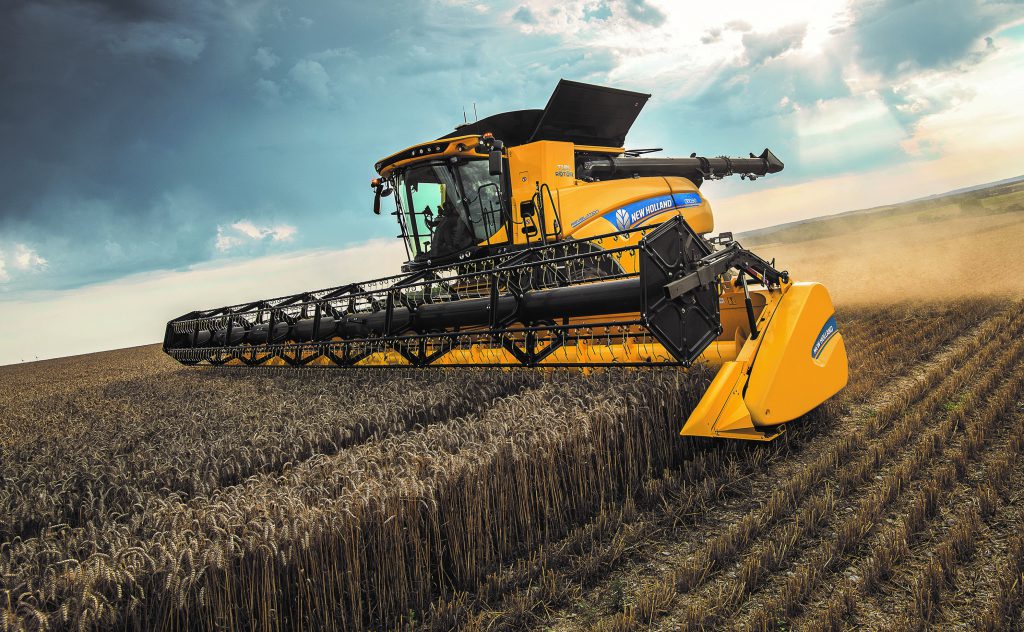 The gearbox has two speed ranges – one for field work (up to 17kph) and one for road travel. Maximum speed on the road is reached at reduced rpm.

The new two-speed ‘ground drive’ delivers “more tractive effort, improved hill climbing and faster response” thanks to the bigger hydrostatic pump. There is no need to stop to shift gears – in field operation or road travel.

A new electro-hydraulic differential lock is available. It is operated using a foot-switch in the cab. It remains engaged under hydraulic pressure; bevelled teeth on the lock-jaw coupler “ensure it is actively disengaged when the diff lock is switched off in the cab”. 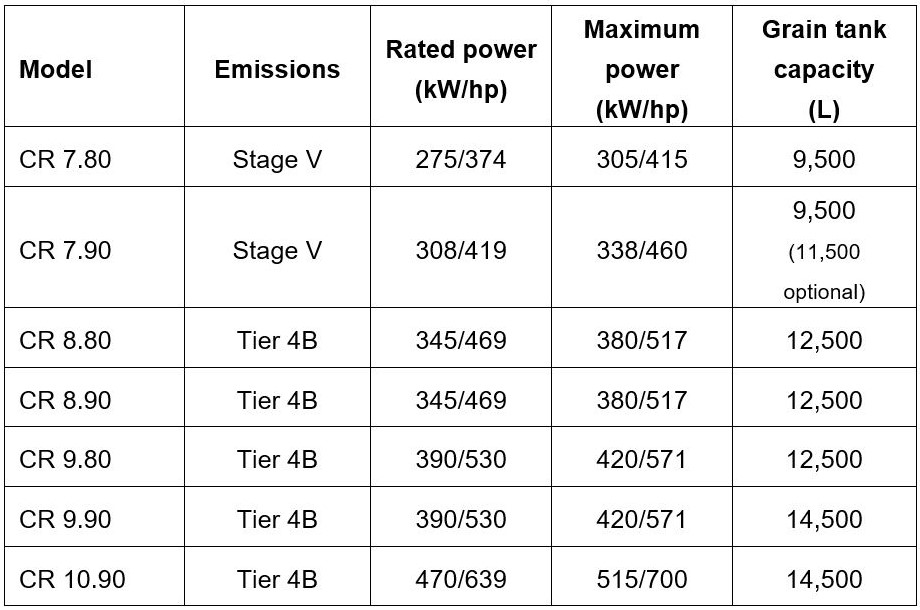