Home » World News » World’s smallest deer born in the US

World’s smallest deer born in the US

The Pudu is the world’s smallest deer species and they are generally shy and solitary, it says.

Reports say that he is only about six inches tall and the WCS says that although small in stature, only 12 to 14 inches at the shoulder, Pudu are excellent jumpers and sprinters.

Born in early May, this male fawn is still nursing but he will soon start to munch on a diet of fresh leaves, grain, kale and hay, the WCS says.

We’d like to announce our newest arrival, a #pudu fawn, an even smaller version of the world’s smallest #deer. pic.twitter.com/vMIWOaMv6I

The white spots, characteristic to juveniles of many deer species, will fade and disappear as the fawn gets older, it says.

The arrival of the fawn brings the total number of Pudu on exhibit at the Queens Zoo to three and this is the third year in a row this pair has successfully raised a fawn.

Pudu exhibit extraordinary behaviours; they bark when they sense danger and when chased, they run in a zig-zag pattern to escape predators including owls, foxes, pumas, and small cats.

The Queens Zoo breeds Pudu as part of the Species Survival Program (SSP), a cooperative breeding program designed to enhance the genetic viability and demographic stability of animal populations in zoos accredited by the Association of Zoos and Aquariums.

Southern Pudu are native to Chile and Argentina and are designated ‘vulnerable’ by the International Union for Conservation of Nature (IUCN). 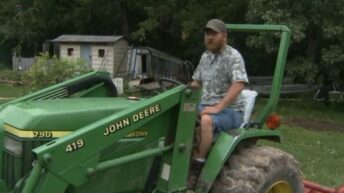