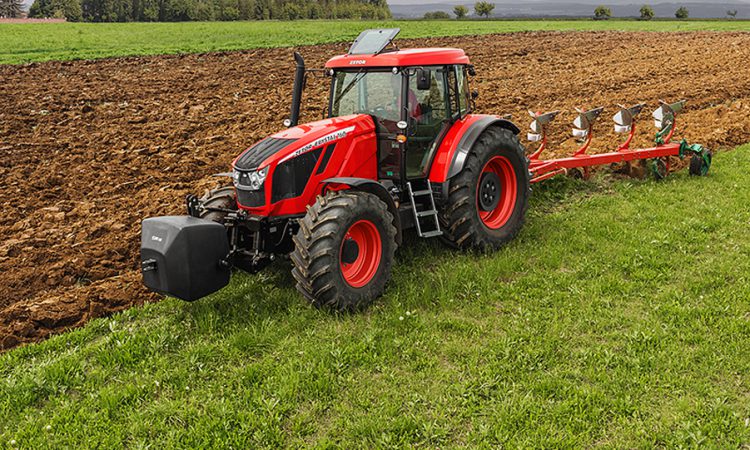 While hidden behind the Iron Curtain, eastern European manufacturers had little success in selling their tractors to the west, except for Zetor, which defied the odds and gained a large following here in Ireland, and elsewhere.

This year, the company will have been in continuous tractor production for 75 years.

It is not the only tractor company to have survived for so long, but what makes it rather unique is that it is still the same organisation that has grown from the roots up and has, so far, remained aloof from corporate wargames

The reason for this difference in fortunes lies in the history of the Czech Republic itself.

Up until the first world war, it was the industrial powerhouse of the Austro-Hungarian empire, accounting for 75% of its output.

As a democratic republic, it continued to increase its industrial output between the wars with several companies entering the tractor market with machines of their own design, including Škoda.

Meanwhile, in Russia, the Soviet factories were busy trying to copy the Fordson without full access to the advanced metallurgy enjoyed by the Americans.

Most of the efforts failed in one way or another, but they still persisted.

After the war, production continued unabated in democratic Czechoslovakia. Yet, the young country felt threatened by its neighbours. In response to this concern, it kept the arms factory at Brno, established in 1916, busy producing small arms, including one of its own design which was adopted by the British Army as the Bren gun.

Shadows of war and communism

As war loomed in the late 1930s, the factory switched back to arms production which the Germans naturally requisitioned, resulting in allied destruction of much the factory in 1944.

A factory in ruins and a Russian occupation did not deter the management though, and they decided upon the production of tractors as being the way forward.

Within six months, the engineers had designed and built the Z 25, the first examples of which were delivered in March 1946.

It was about this time, the name was coined. The ‘Z’ of Zbrojovka Arms factory was conflated with the ‘or’ of tractor, to give the world ‘Zetor’.

The first tractor was really quite modern in design. It had a two-cylinder diesel four-stroke driving the rear axle through a 6+2 transmission.

There were independent brakes and a top speed of 32kph (20mph), a quite remarkable figure for the time.

In the first year nearly 3,500 tractors were sold, there was no doubt that it was going to be a success.

A further 1,800 examples of a single-cylinder 15hp model were also made, but production was halted in 1949 to concentrate on the bigger machine.

The ‘Super’ models were fitted with an advanced direct injection diesel, a rare feature on tractors in the late 1950s. They also offered the now famous Zetor compressor and air brakes as an optional extra, which later become standard across all models.

From the mid fifties on the company started developing a successor to the A and Super series. Agriculture was now firmly committed to the tractor and it was seen that a range of tractors offering different power levels would be required, rather than just one or two models suitable for replacing the farm horse.

These machines are now referred to as the first unified Range, or UR1. They became the foundation of modern Zetor tractors and took the company to new heights of production.

It is unwise to stand still for too long in the tractor world and, even as the UR1 tractors were proving popular, the company engineers were thinking about their successors.

Extra power was obviously a requirement and a new family of engines of larger bore was created.

The engine block was no longer left to carry the burden of holding front and rear together thanks to a ‘half frame’, or reinforcing rail which shared the stress.

Producing 80hp and available in either two or four-wheel drive, the new models were launched in 1969.

Named the 8011 and 8045, respectively, they were collectively known as the Zetor Crystal to the rest of the world.

It is this model, more than any other which put Zetor on the map. Many contractors starting off in the 1970s and 1980s will have bought one to get their business going, although not all will confess to it now!

ZTS demands a slice of Zetor

It was in the early 1980s that events took a downward for the Brno plant.

The Cold War had ended and a tank manufacturer in the town of Martin, now Slovakia, was insisting that Crystal production was moved to its factory as the military orders dried up.

Having sold 44,000 crystals Brno was forced to transfer manufacture to ZTS in Slovakia, where they would be built by workforce with no experience of tractor production.

The relationship between the two was hardly cordial and build quality suffered as a result, yet Martin went on to make bigger models of their own design.

These included the ongoing development of UR1 series for developing countries and then the Forterra series which filled the hole left by the Crystal.

No deal with John Deere

There was also an agreement with John Deere in 1993 by which Zetor supplied UR3 and Forterra models in John Deere livery for the Latin America market.

Not only was it a customer, but John Deere also assisted Zetor in modernising its whole operation, from manufacture to parts distribution.

Quite what happened to this relationship remains a matter of speculation. Yet the suggestion that the American company’s attempts to buy out Zetor was coldly rebuffed, is commonly accepted by many.

The last few years have seen the reintroduction of the Crystal, now powered by a six-cylinder Deutz engine.

At 170hp, it has over twice the power of the original, yet in a world of increasing power requirements, that may not be enough for markets such as Europe and America.

Today, the breadth and complexity of the market has required that Zetor, along with all other manufacturers, splits its products into model ranges.

At the top is the Crystal while at the lower end, the smallest tractor is a 25hp ‘Compax’, which is where it all started 75 years ago.