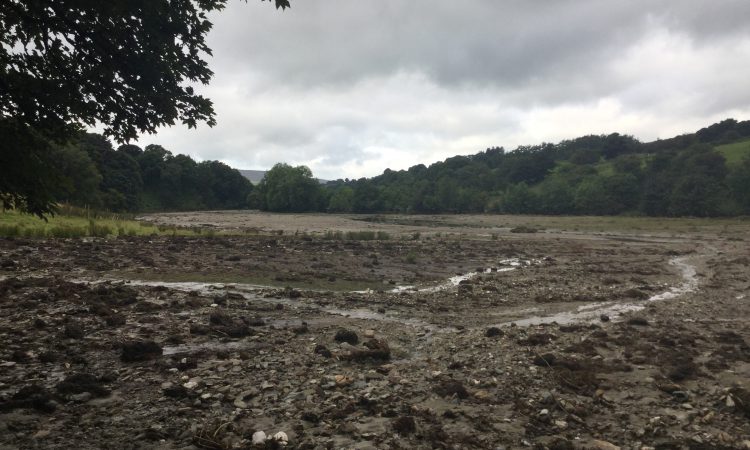 A £2.7 million flood support fund has opened for applications from northwest farmers affected by flashfloods and landslides in 2017.

The floods and landslides, which took place on August 22 and 23, 2017, during Storm Lorenzo, were described by Met Éireann as a “once in a 100-year event”.

The support fund will offered a one-off payment to eligible farmers who filled out a Force Majeure form.

Around 230 farmers are understood to have filled out ‘Force Majeure’ forms at clinics run in Plumbridge and Drumahoe by the department and Ulster Farmers’ Union (UFU).

“Farm businesses lost income due to the impact on their land and the cost of removing debris and silt, as well as reseeding to restore it back to productive use.

“So I am delighted to say that this North West 2017 Flooding Income Support Scheme, worth almost £2.7 million, is now open to applications. This is a time-limited scheme that will close on August 12, 2021.

The one-off grant payment, which will be capped at £106,323 per farm business, is available for farmers who applied for a Force Majeure in respect of the flooding incident.

“I would urge all eligible businesses to make sure their application is submitted as soon as possible,” Minister Poots added.

Eligible farm businesses will receive a letter inviting them to apply for the support package, with instructions on how to access the application form and receive help to complete it.