Appeal for information after bales set alight in field 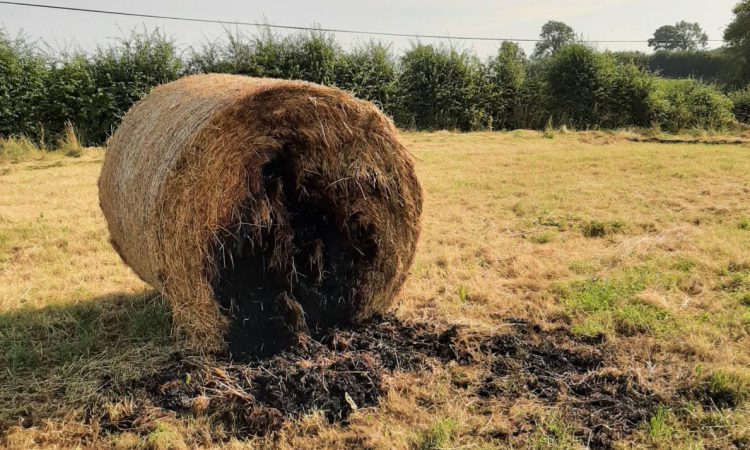 An appeal has been made for information in relation to an incident where a number of hay bales were set alight in an act of vandalism in a field in Co. Fermanagh in recent days.

The incident is believed to have occurred overnight in the early hours of Friday morning, July 23, in the Irvinestown area, according to local members of the Police Service of Northern Ireland (PSNI).

In an appeal for details on the mater, PSNI officers based in the Fermanagh Omagh district of Northern Ireland said:

“We are appealing for information after a number of hay bales were set alight some time overnight in the Junction Road area of Irvinestown.

Although no significant damage was caused on this occasion, it could have been a lot worse.

“Do you have any information about this incident or did you seen anything/anyone suspicious in the area overnight?

“If so, contact us via 101 quoting serial number 486 of 23/07/21, or anonymously via Crimestoppers,” the PSNI statement concluded.

A similar incident occurred at the other end of the island earlier in the month when a number of hay bales were targeted by vandals in a field in Co. Cork.

The bales in question – about 10 in total – had their netting ripped off, with three rolled out onto the ground and two more tipped over.

The field was located between Fermoy and Mitchelstown in northeast Cork, according to the owner of the bales, Dave Hawe.

It is believed that the bales were damaged between 10:00p.m on Sunday night and 7:00a.m on Monday morning; anyone with relevant information is asked to get in touch.