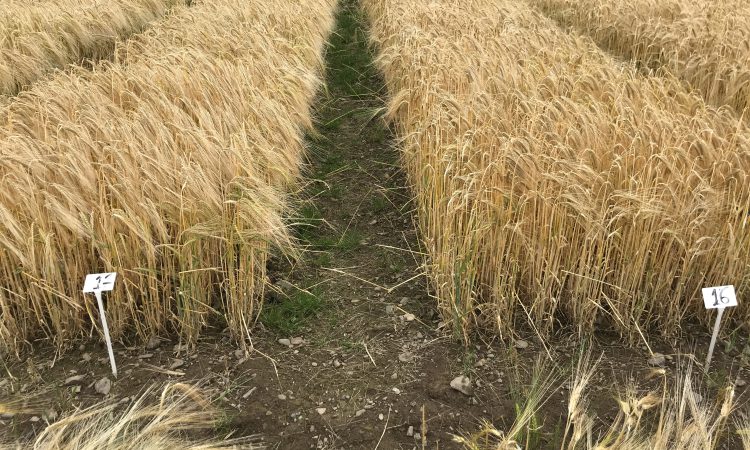 College of Agriculture, Food and Rural Affairs (CAFRE) senior agriculture advisor Robin Bolton has confirmed that the first of this season’s winter barley crops have now been cut in Northern Ireland.

“It’s too early to talk about yields. But dry matters [DM] are in the range of 16% to 20%. There had been some concern about the prospects for winter barley, given the ever challenging growing conditions that predominated throughout the month of May,” he said.

“However, crops recovered remarkably well after that, with the result that final yields will be strong enough.

Other cereal crops, particularly winter wheat, have performed well up to now.”

According to Bolton, Northern Ireland’s total arable area should come in at around 29,000ha in 2021.

“Winter wheat would usually account for 8,000ha and winter barley around 7,000ha. Spring barley makes up the vast bulk of the remainder of combinable crop acreage recorded in Northern Ireland,” he explained.

“A much smaller acreage of spring wheat is grown, predominantly for wholecrop.”

Where straw yields are concerned, Bolton suggested that the current hot spell could impact on the output of spring barley crops.

“It’s too early to say yet if the straw chopping scheme, now operating in the Republic of Ireland, will have an impact on the market,” he said.

“Generally speaking, the outlook for straw prices looks good for arable growers but may not be what livestock farmers want to hear.”

Turning to other crops, the CAFRE advisor confirmed that most growers opted for spring beans, in the context of the protein aid trial scheme.

The measure provides farmers with a support payment of £330/ha.

“Uptake for the protein aid scheme was fairly good. In the region of 700ha were applied for by growers. This is the first year of a two-year trial. For the most part, crops are looking well at the present time. Beans will be harvested in late September and October,” Bolton continued.

It will be up to the Stormont Executive to decide if the protein aid scheme is extended beyond the current trial period.”

Bolton advised that tillage farmers in Northern Ireland should look closely into the opening of Expressions of Interest for a potential new tranche of the Business Improvement Scheme (Tier 2) funding.

This scheme should provide opportunities to develop their business, and if they wish to avail of the scheme it is essential they submit their expression of interest before 4:00p.m on August 13.

Bolton added that the support measures would give growers an excellent opportunity to update existing potato and grain stores, or invest in new ones.

“Essentially, the scheme requires the development of a business development plan. But it has been designed with a very favourable outlook for arable farmers in mind,” he said.

On that basis, I would strongly urge cereal growers and potato producers to look at the expression of interest and what the Tier 2 scheme has to offer them over the coming weeks.”

Bolton added the proviso that all new build options must be considered in the context of any planning constraints and that all required planning permissions must be secured by time of application.

He also recognised the strong recommendations for improved capital grant availability within the crops sector, contained within the recent sector review report published by the Ulster Farmers’ Union (UFU) and the Ulster Arable Society (UAS).

“The new Tier 2 measures feed into this narrative. CAFRE was consulted as part of the process leading to the final publication of the UFU/UAS report,” he concluded.