Home » Agri-Business » County tractors prove their appeal with one fetching £210,000 at sale

County tractors prove their appeal with one fetching £210,000 at sale 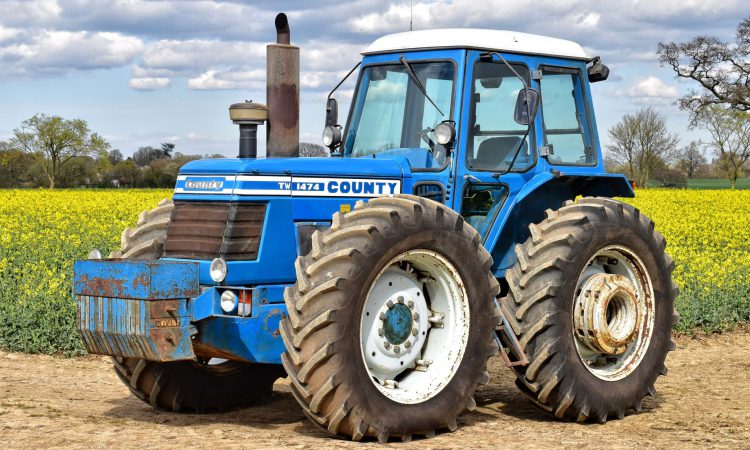 A 1474 county tractor topped the Cheffins dispersal sale in Essex over the weekend.

At a price of £210,000 it was the second most expensive tractor bought at auction to date, according to the company. It was purchased by a bidder in the UK.

The Ford 7810 Silver Jubilee editions are still commanding a premium, if genuine, with an example going for £45,024 on the day.

Other tractors on offer sold at more modest figures and realistically met expectations.

These too are gaining in value as they become better appreciated as another major landmark in tractor design.

County 1474 marked the end of the line

The tractor which commanded the top price was a short nosed 1474 dating from 1983, the year that the original County Commercial Cars company went into receivership.

To a large extent it was this model that illustrated the cause of the company’s downfall.

First introduced in 1978, it was based on the Ford 9700, a two-wheel-drive model that was ripe for conversion to four-wheel-drive.

Unfortunately for County, Ford had, by then, seen the light when it came to powering all the wheels on a tractor and introduced the TW series in 1979.

These tractors had four-wheel-drive as a factory fitted option.

The writing was on the wall for a company that had made its name converting Fords to four-wheel-drive.

A TW, but with equal-sized wheels

Taking a tractor that was already available as a four-wheel-drive and replacing the front wheels to match the rear was never likely to be a strong business proposition.

Yet the 9700 had been replaced by the TW models, leaving little choice.

County soldiered on with the TW version of the 1474, which still utilised the 6.6L six-cylinder engine of the larger Ford tractors.

In this guise it offered 163hp with turbocharger and intercooler.

In 1983 the company was struggling to the point of extinction, and was eventually purchased by a dealer from Shropshire. From then on, the 1474 was based on the TW 25 and continued in limited production until 1987.