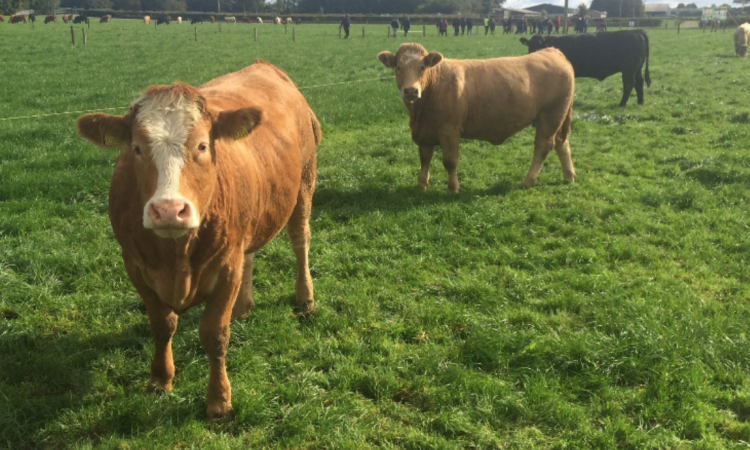 Minister for Agriculture, Edwin Poots described the medley of proposals as a “combined approach” and announced his preferred measures to tackle the disease this morning (July 16).

The announcement marks the start of an eight-week consultation on the plans.

Measures to be consulted upon as part of the new long-term strategy include:

It’s understood badger culling will only take place in the areas worst affected by the disease and compensation will be capped at £5,000 per animal.

In Northern Ireland, compensation is currently paid to herd-keepers at 100% of an animal’s full market value with no fixed upper limit.

The Department of Agriculture, Environment and Rural Affairs (DAERA) said the proposed changes to compensation would “strike a more appropriate balance between ensuring reasonable compensation for farmers and protecting the interests of taxpayers”.

The plans seek to ensure “all aspects of bovine TB are tackled together” and would see actions put in place to address the disease in wildlife, alongside improved cattle measures.

Launching the consultation document at CAFRE’s Greenmount campus, Minister Poots said: “I recognise the challenges that face all of us due to the current high TB incidence. It is the source of significant stress for our farming families and has the potential to inflict serious damage on the wider agri-food industry and its ability to trade on a global scale.

The proposals outlined in the consultation document are based on the experience and evidence from other jurisdictions; and on solid scientific research.

“I want to hear the views of all our stakeholders. I will then consider the responses and weigh those up against the evidence and information available, only then will I make a final decision on the way forward.

“To eradicate TB, all factors which contribute to the spread and maintenance of the disease in the environment must be addressed through a holistic approach,” the minister added.

I know that wildlife, and badgers in particular, are a significant factor in the maintenance of bTB in cattle. In the consultation document, therefore, I am proposing a wildlife intervention strategy to address this.

“It is essential that the overall bTB infection load in badgers is reduced, but once this has been achieved, it is my intention to move as quickly as possible to a vaccination-only approach. There is an urgent need to take action to ensure we realise the potential of both a healthy cattle and wildlife population in Northern Ireland.”

The agriculture minister said that the annual cost of the TB programme is around £36-£40 million, almost half of which is paid in compensation for infected cattle.

He emphasised that this is not sustainable: “We cannot continue to use the same strategy yielding poor results for the taxpayer, industry and animal disease.

“Therefore, I am also proposing changes to the level and rates on which compensation is paid and will seek views on this,” the minister added.

I wish to introduce further enhancements to the existing TB Programme such as the testing of non-bovines and the criteria in which interferon gamma testing would be made compulsory. This will build on the current programme and support industry to work closely with us, playing an active part in getting rid of this disease.

“While DAERA has already taken a number of measures to address the issue, I want to keep us all focused on moving forward together towards reducing TB levels in the short-term and in the longer term eradicating this disease from the Northern Ireland herd.

This is a strategy not just for today but for the young farmers of tomorrow, many of whom train here at Greenmount Campus. The measures proposed in the consultation will underpin the great ability of our wonderful farming and processing industry to trade.”

The minister concluded by stating that the strategy and the actions contained within it, will be subject to regular review and assessment, and will be adapted to ensure limited intervention by government is needed.

More detail and analysis on this breaking news to follow on Agriland.