Farmec Ireland Ltd. has been appointed as exclusive distributors for all Sulky products in Northern Ireland.

Farmec has been the exclusive Sulky distributors for the Republic of Ireland since 2004.

Sulky, a French manufacturer of farm machinery, is a market leader in the production of fertiliser spreaders, seed drills and cultivation machinery in France and is one of the top producers in Europe, with exports throughout the world.

The company is headquartered near Rennes in the northwest of France and established in 1936, the Sulky company is privately owned by the Burel family.

To celebrate its 75th Anniversary and demonstrating a firm commitment to the future of agriculture and the future of Sulky itself, the company commissioned a brand new state-of-the-art factory on a green field site in July 2012.

The Sulky company has ISO 9001 internationally recognised Quality Management Systems Certification and annually invests 4% of its revenue in Research and Development.

Making the announcement, Garry Daly of Farmec Ireland said that Farmec has had a very satisfactory relationship with the Sulky company and its staff over the past 12 years.

“We are really pleased that our sales territory has been extended to include the very important market in Northern Ireland.

“We are looking forward to working with a full dealer network there to establish the same level of service and to grow the sales of Sulky products to mirror the success we have had in the Republic,” Daly said. 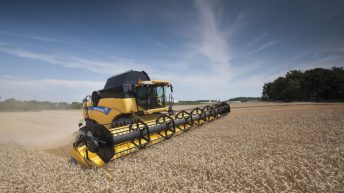