A group of farmers and equipment manufacturers have joined forces to thank the NHS and farming industry in the largest and most cutting-edge way possible.

Two groups, in particular, have drawn the attention of the public to their efforts, which have been well received across the country.

Chris Hartley and Lee Clarke at Trimble Agriculture came up with the idea of spraying the messages onto a farmer’s airfield near York.

Using the latest precision technology, they mapped out the 34m-high lettering and uploaded it to the tractor’s management screen, which then linked to the sprayer controls.

“We do this in farming all the time - creating exclusion zones on fields so that we don’t spray unnecessary areas, saving money and benefiting the environment,” explained Hartley.

The sprayer nozzles shut off to create the giant lettering in water - first thanking the NHS and, once dried, a second version thanking farmers for feeding the nation during the Covid-19 pandemic. 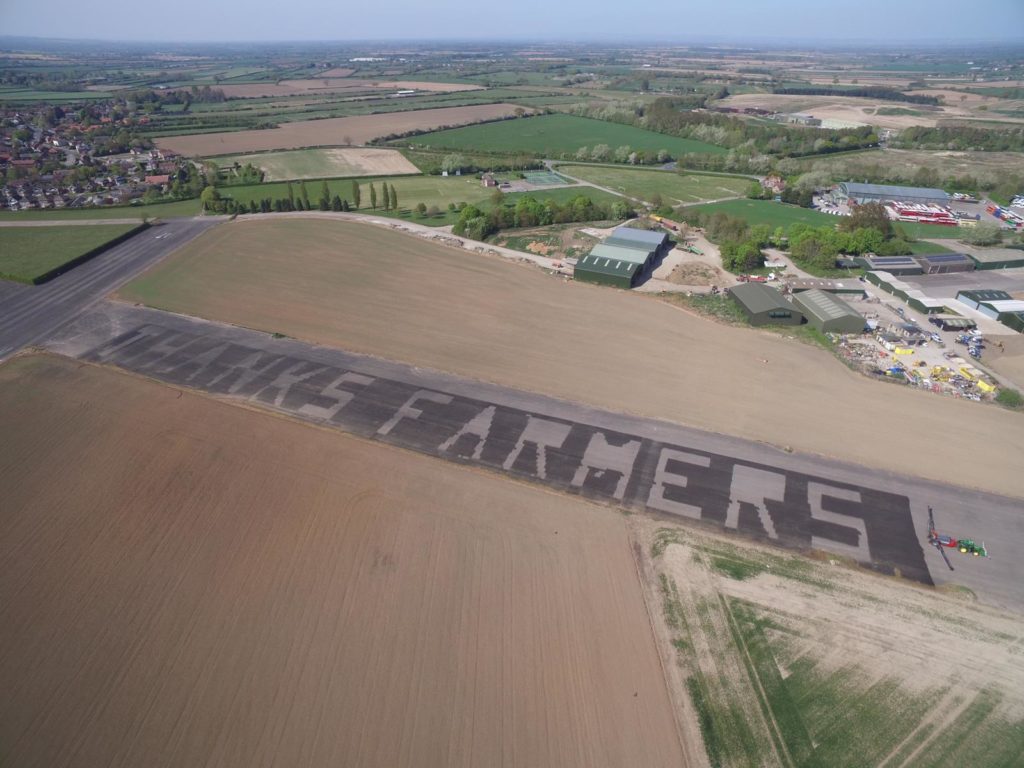 “We wanted to get together to say thank you to the NHS and to farmers - we had the idea on Tuesday night and by Wednesday our local friends and farming community had made it happen,” says Mr Hartley.

“The results are quite spectacular and could probably have been seen from space.”

To demonstrate their thanks to all in the NHS for their work during the current Covid-19 crisis, the team at Dorset family dairy farming business, J.F. Cobb and Sons, mowed a message into one of their grass fields. 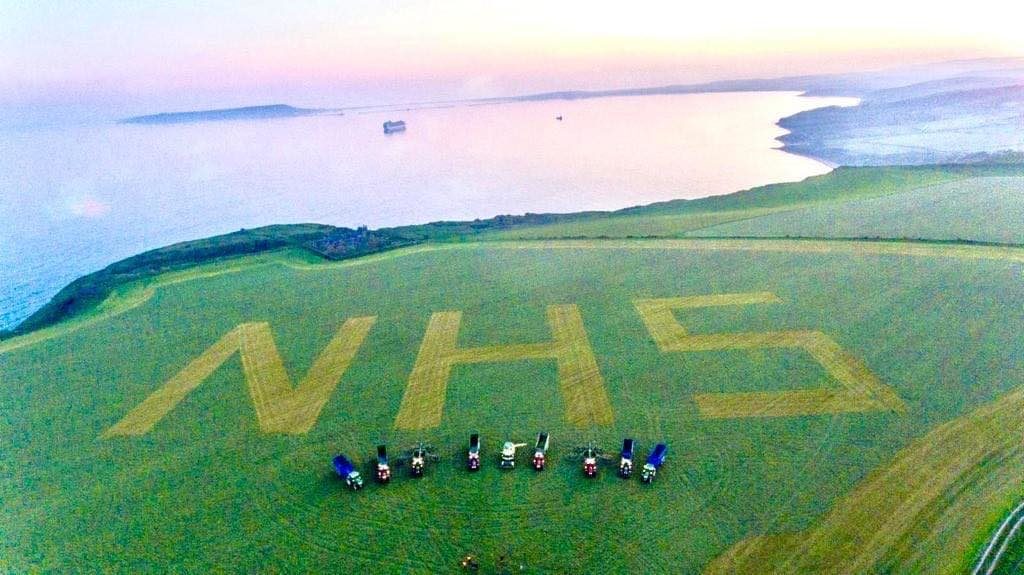 This co-ordinated with the 8:00pm 'clap for carers' movement which took place on Thursday night, April 23, with a video being posted to their Facebook page showing those involved clapping with the nation in front of their message.