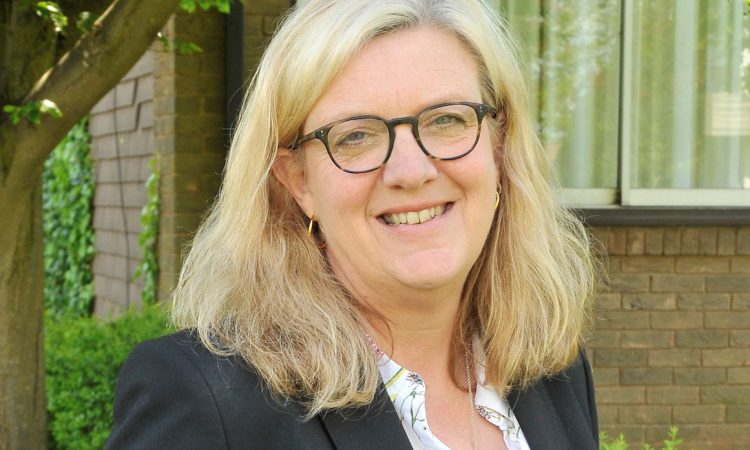 Farming Today and BBC Countryfile presenter Charlotte Smith urged YFC members to unite during her third and final year as president of the National Federation of Young Farmers’ Clubs (NFYFC).

Smith, who has represented the organisation for the past two years, chaired NFYFC’s 87th Annual General Meeting (AGM) on May 12 and stood for re-election for what she said would be her final year.

The TV and radio presenter said the year ahead was going to be challenging – both within YFC and the wider farming industry – and urged members to join forces.

She said: “I’m really proud to be involved with an organisation which facilitates the sharing of very significant differences in such a positive way.

The membership needs to work together now to provide the change that this organisation needs to grow and thrive. I look forward to being a part of those changes over the coming year.

During the AGM, YFC members agreed to an increase in the national subscription fee.

After a long debate, those in attendance voted through Yorkshire Federation of Young Farmers’ Club’s (FYFC) proposal for an increase of 20% from September 2019 with a further 20% increase each year for the following two years.

The amendment also includes that from September 2022 the national subscription fee will be increased by the Retail Price Index (RPI) for the subsequent two years.

The Yorkshire proposal was an amendment to the original motion from NFYFC’s Council for a 50% national subscription fee increase from September 2019.

Commenting on the motion, NFYFC chairman Katie Hall said: “The membership of the NFYFC has now laid down what it is prepared to pay as its subscription to the national body this year, next year and the year after.

The levy increase means the national federation can plan the future knowing what the membership will pay, and the debate today gave clear signs of where the membership would like to see spending efficiencies to be made.

“This planned approach, approved by the membership at the AGM, will build a more secure financial base for the federation.

“This decision does mean the NFYFC will need to make further spending efficiencies to close the budget gap.”

The AGM included a review of 2018 and steering group chairmen, and the national chairman for 2018 Lynsey Martin, shared their reports for the year.

A total of 10 trophies were given out to different individuals, clubs and counties in recognition of their achievements in 2018.

They included The Prince of Wales trophy for Essex FYFC for being the county that had raised the most money per member for a third consecutive year.

It’s estimated that if all 46 county federations declared the details of their charity fundraising, the YFC could claim to be raising in excess of £1.2 million a year for charity.

Ed Dungait, Northumberland FYFC county chairman, was awarded the Sidney Fawcett trophy at the end of the meeting for giving the best speech during the 2019 AGM.

After the meeting concluded, five teams took part in the national Performing Arts final at the Spa Centre in Leamington Spa. Eardisley YFC from Herefordshire won first place for their lively performance of ‘Down the Garden Path’.

Brother and sister duo Sam and Lydia Slack, from Buxton YFC in Derbyshire, won the best actress and actor awards respectively for their performances in ‘When I Grow Up’ – a show written by their father Peter Slack.

The Senior Member of the Year national finals were also held throughout the day with seven members, representing the seven Areas of the Federation, taking part in formal interviews.

Judges declared Eamon Monaghan from Cumbria FYFC the 2019 winner for his achievements – including gaining funding to run a new alcohol and drugs awareness programme for YFCs in his County Federation.

NFYFC’s next Annual General Meeting will take place on April 26, 2020. 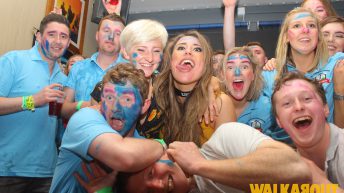 More than 3,000 young farmers turn up for ‘unofficial convention’