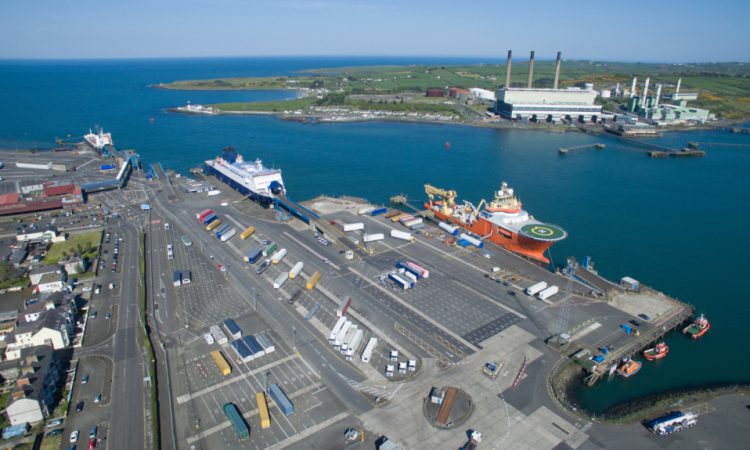 There were accusations of “veils of secrecy” and “councillors being used as pawns” as elected representatives on Mid and East Antrim Council made their dissatisfaction clear over how information relating to the safety of port staff was handled.

The special meeting held last night (February 22) took place three weeks after councillors voted unanimously to remove customs staff from their posts at Larne Port after concerns were raised for their safety.

However, questions have now been asked over how the assessment was made that staff were at risk.

Stormont’s Agriculture Committee has already agreed to investigate the issue. However, calls for a separate investigation run by the council have now been rejected.

The meeting was terse from the beginning with Alliance councillor Gerardine Mulvenna asking the mayor to step aside as the chairman for the meeting as a point of order.

The mayor, Peter Johnston, refuted the claims, stating: “Any meetings I attended, we attended together so I have the same exposure to this information. On that basis, I am happy for [ audio unclear ] to also exclude yourself.”

‘The full truth had been hidden’

Setting out his motion to investigate the matter, Councillor Donnelly said he felt the “full truth has been hidden” adding that that “discrepancies” between information provided by police, trade unions, and council staff had not been explained satisfactorily.

“Like all other councillors here I fully supported this action based on the information we were given at the time,” he said.

Subsequent events, however, have given substantial doubt over the veracity of the information on which we, as councillors, were asked to make that decision.

Graffiti appeared on a wall near Larne Port on Thursday, January 21, stating that border staff were “targets”.

Donnelly explained it was more than a week later on Monday, February 1, when councillors were made aware of a “threat” to staff by the council’s chief executive and mayor.

However, a day later the assistant chief constable Mark McEwan told the BBC there was no evidence loyalty paramilitaries were behind the threats and said there was “nothing to suggest an attack was imminent”.

The motion was defeated with 26 votes against, 11 in favour and one abstention.

An amendment by Councillor Keith Turner, which sought to defer a decision until after the Stormont Agriculture Committee inquiry had concluded, was also voted down with a majority of just one vote.