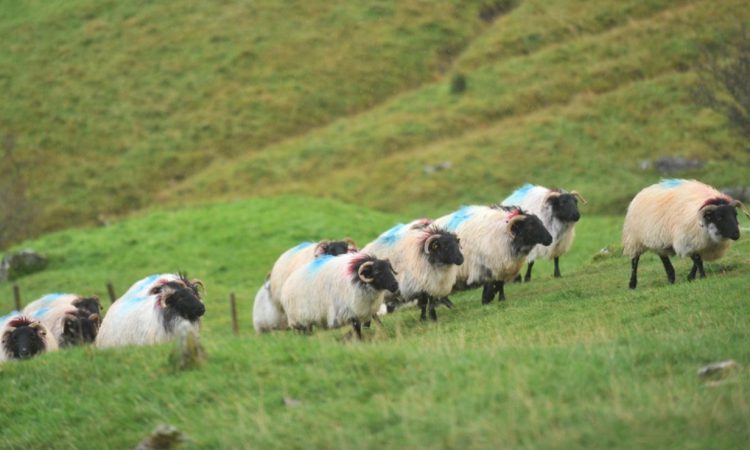 A “technical solution” is reportedly available for livestock trade issues between Britain and Northern Ireland, but would require political buy-in according to union reps.

The Ulster Farmers Union (UFU) held discussions over the livestock trade issues between Northern Ireland (NI) and Scotland at the Balmoral Show this week.

Disruption has been ongoing since the UK’s exit from the European Union on January 1, 2021. Because Northern Ireland has remained in the EU Single Market under the NI Protocol agreement, Britain is treated as a Third Country in trading terms and must now meet stricter requirements.

A high proportion of sheep destined to enter Northern Ireland from Britain would not be able to meet new health standards brought in from January 1, as a result of the protocol.

Since January, live animals subject to controls have needed to be accompanied by an Export Health Certificate.

However, the requirement has impeded trade as it takes seven years for a flock to become fully scrapie monitored and there are currently very few scrapie-monitored flocks in Scotland.

‘A technical solution has been found’

UFU president Victor Chestnutt said: “We had a very constructive meeting this morning with the NFU Scotland president, NFU Scotland director of policy and the Department of Agriculture, Environment and Rural Affairs (DAERA’s) chief vet, regarding the disruption to livestock trade between NI and Scotland because of the NI Protocol.

“This includes the scrapie monitoring requirement in the export health certificate, changes to livestock identification and a six-month residency period in Great Britain for NI livestock that are shown at events or sales across the water before re-entry to NI.

We are now led to believe that a technical solution with the EU has been found. Timing is critical to get a much-needed solution in place and it’s essential that there is urgent political support both at UK and EU level to progress.

“We need to act quickly to minimise the livestock trade disruption that has been ongoing since the beginning of January, causing huge trading difficulties for our farmers.

“The longer this disruption to livestock trade continues, the more significant the long-term damage will be to the pedigree sector, and it will eventually impact the availability and quality of the gene pool of NI livestock.”

NFU Scotland president Martin Kennedy added: “Addressing the post-Brexit impact on the valued and historic trade in live animals between Scotland and NI has been a priority for both NFU Scotland and UFU since January 2021.

Discussions in person with NI’s chief vet at Balmoral Show today clearly indicate that there is a technical solution that the EU could accommodate legally to address this matter, but we need it to be supported politically.

“That will take clear commitment from politicians to adopt the solution at both a UK and an EU level and that is something we will be pressing jointly for in the days ahead.”