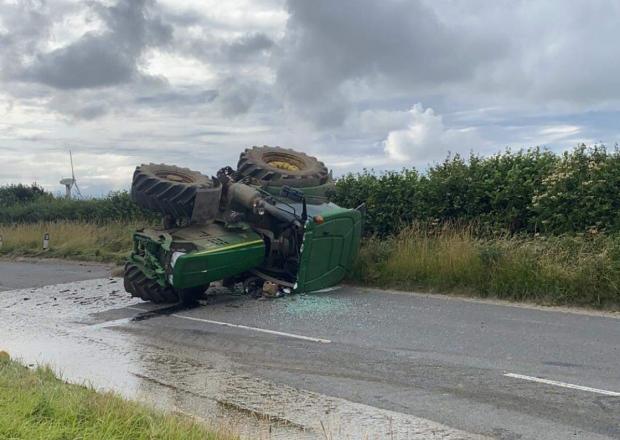 A tractor which was towing a load of slurry in a slurry tanker overturned on a Cornish lane causing the road to be closed yesterday afternoon (August 2).

Emergency services were called to the scene of the accident on the B3274 in Padstow, Cornwall at around 5:40p.m.

The tractor and trailer was found lying on its side and police closed the road while the accident site was cleared.

The farmer suffered no injuries in the crash and helped the police to right the fallen tractor.

The road had been flooded with slurry so fire crews were deployed to wash it with hose jets.

📟 Shout 17:41 Bogee Farm – Tractor and slurry trailer turned over on the B3274. Working with @DC_Police we closed the road whilst the tractor was recovered. Following its removal the crew washed down the road with hose reels. 💩🚒 pic.twitter.com/BSaSX0GeS4

A spokesperson from Cornwall Fire and Rescue Service said: “Crews from Padstow Community Fire Station are in attendance at a road traffic collision involving a tractor and slurry trailer on its side.

“The crew worked with the farmer, Devon and Cornwall Police and Highways to resolve the incident.”

Factors that cause farm accidents

Stress and fatigue have been identified as a key cause of farm accidents by researchers from the University of Aberdeen.

The NTSAg group from the University researched the role of non-technical skills in farming and in this project investigated ‘situation awareness’, broadly defined as ‘knowing what is happening around you’.

They found that lapses in situation awareness, related to stress and fatigue, were a main contributory factor in farming accidents. 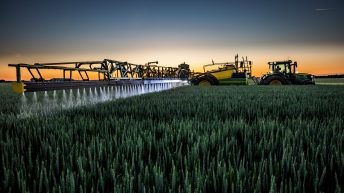