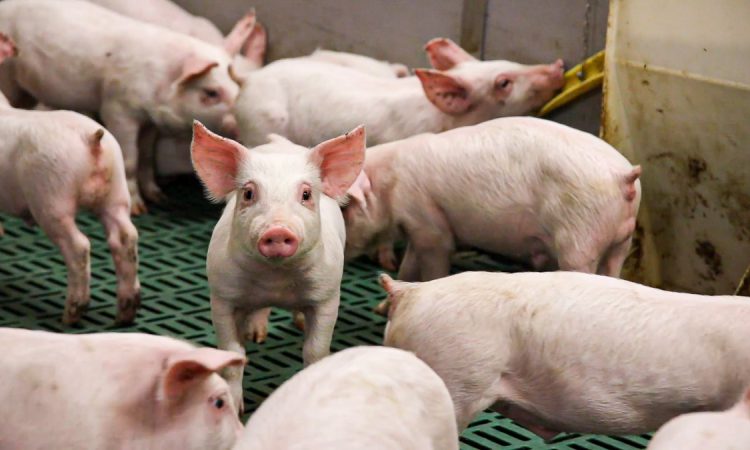 Reports have emerged this afternoon (September 21), claiming the UK government has struck a deal to reinstate carbon dioxide production.

On Wednesday (September 15), one of the world’s largest producers of fertilisers, CF Industries Holdings, Inc., announced it would halt operations at its UK facilities due to rising gas prices.

The move by CF Industries has caused a 60% reduction in the UK’s food-grade carbon dioxide supply and led to a shortage of carbon dioxide, which is used to stun pigs and poultry prior to slaughter. In the UK, carbon dioxide is produced by fertiliser manufacturers as a byproduct.

The statement issued by the firm read: “CF Industries Holdings, Inc. (NYSE: CF), a leading global manufacturer of hydrogen and nitrogen products, today announced that it is halting operations at both its Billingham and Ince, UK, manufacturing complexes due to high natural gas prices.

“The company does not have an estimate for when production will resume at the facilities.”

‘Lessons need to be learned’

The RSPCA chief executive Chris Sherwood was among those to welcome the government’s plans to increase the supply of carbon dioxide. However, welcomed urged rapid action to avert a crisis for farm animal welfare.

Sherwood said: “The RSPCA welcomes the Government’s announcement that it is taking action to reinstate levels of CO2, the gas used to stun and kill farm animals at slaughterhouses, and urges them to ensure farming communities have enough supplies, quickly enough to resolve this urgent animal welfare crisis. Any delay to reinstating this supply could be catastrophic for animal welfare.

“The potential animal welfare impact of the ongoing shortage of CO2 for the stunning and slaughter for farm animals could have been appalling.

This critical situation should also prompt us to be looking more closely at the ‘machinery’ of farming that we have created, and how we can ensure our husbandry systems are more resilient and protect the welfare of animals when issues like this emerge.

“The sheer volume of animals we are farming and the increasingly intensive methods of husbandry and slaughter mean there is no safety net for welfare.

“We need to learn lessons from this averted crisis and the one in 2018 and put robust back-up systems in place so there is resilience in supply chains and welfare is safeguarded.”

Yara chief executive Svein Tore Holsether has said the fertiliser firm will bring ammonia into Europe from production facilities in Trinidad, the United States and Australia to support fertiliser capacity.

It comes as a surge in European wholesale gas prices has caused factories within Europe to stop or curtail production.

Holsether said: “Faced with record-high gas prices, we actually have the flexibility in our system to switch off ammonia production: so rather than using European natural gas, we’re importing from our other facilities that are running at full blast.

We are bringing that ammonia into Europe so that we can maintain our fertiliser production at close to full capacity.”