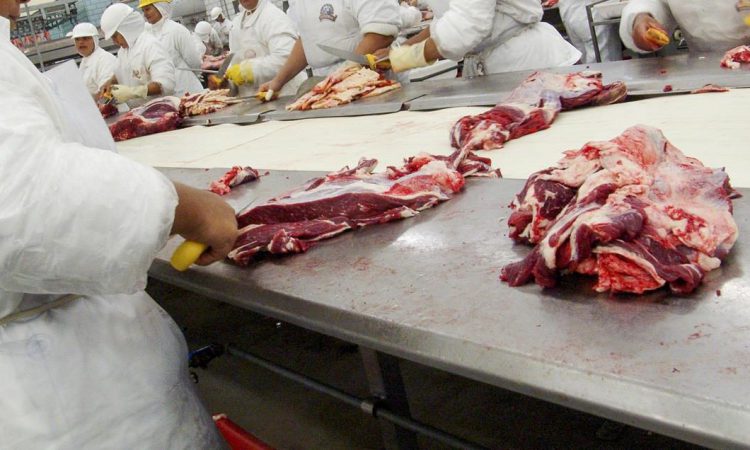 The UK meat industry is set to look towards recruiting prisoners to help ease chronic staff shortages in processing plants across the country. The UK supply chain has come under increasing strain as fast food chains such as McDonald’s and Nando’s have reported issues with stocking items on their menus The Association of Independent Meat Suppliers (AIMS) has spoken to the UK Home Office to explore the possibility of prisoners filling some of the vacant roles in meat factories.

This is not a new concept as meat processing facilities are located in over 20 correctional facilities across the US. Speaking to Agriland, Tony Goodger of AIMS said: “Much of the food industry is facing a recruitment crisis.

“The advice we have received from the Home Office is that the UK’s Domestic labour force should take priority.

“However hard we and many of the members of the Association of Independent Meat Suppliers have tried staffing remains a challenge. “We have been in contact with the Career Transition Partnership who help former service personnel into work and have been able to point some of them to members with jobs. “However, the numbers are low.”

“The government have produced a webpage on employing prisoners and ex-offenders and with this in mind we have spoken with one open prison who was unable to help us as they were not allowing any more inmates out on Release on Temporary License (ROTL),” he added. “So, we have spoken with the Ministry of Justice and have now arranged a call with them to explore options for how our members might be able to employ current inmates and ex-offenders.

“It is of note that one leading food manufacturer has already linked up with a prison to train inmates for post release positions.

“In the meantime, a few of our members have informed us that they already have inmates on ROTL working for them and find them all to be well behaved, hard-working, and willing to learn. “In some cases, they wish to continue working in the food processing industry post release. “It has to be noted that many prisons already teach inmates food safety, which is of course really the entry point level required for working in the food industry. “We have suggested that they look at some of the other free training available such as the FSA’s Allergen training and Vacuum Packing training in order that offenders can leave prisons ‘job ready’,” he concluded.
Download Our Free App
Prisoners
Loading Next Story