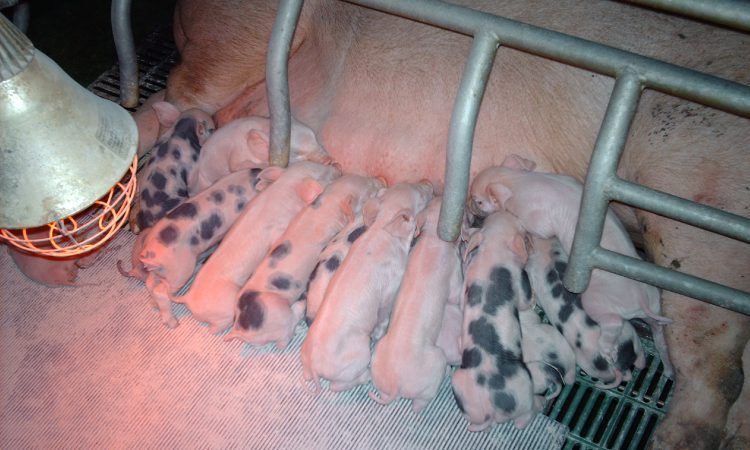 Heat stress could be limiting the productivity of UK and Irish pig units more than expected, so there are significant gains to be had by making simple changes to both the environment and nutrition.

Speaking at a recent webinar, Mark McFarland, feed additive product manager at Lallemand Animal Nutrition, explained that while being a well-known issue in tropical climates, heat stress in pigs is often overlooked in the British Isles.

“With record temperatures over the past few summers, this is an issue the industry must be prepared for,” he said.

Heat stress can have a significant impact on all ages of pigs with research showing that pigs start to show signs of heat stress from as low as 17-18°C.

“One of the most important impacts is a change in feeding behaviour, which has a significant knock-on effect for performance and can cause severe health problems. However, by paying close attention to the pig’s nutrition and environment, heat stress can be effectively managed,” he said.

Andrew Palmer, pork knowledge exchange manager at AHDB, explained that some units are more prepared to deal with heat stress than others, but producers with either indoor or outdoor units can manage this through adapting buildings and the environment.

“Pig producers will sometimes think their units aren’t affected by heat stress, however, when production dips are compared to weather incidences, there can be a clear correlation,” he explained.

Through making small changes, like painting arcs with white reflective paint and by carrying out a full spring MOT on vents, back doors of arcs, and pig sheds, producers can help to prevent production dips caused by heat stress.

When looking at combating heat stress, nutrition is another key area which should be considered.

David Saornil, swine product manager at Lallemand Animal Nutrition, explained that in the instance of heat stress, prevention is better than a cure.

“We’ve seen fantastic results in maintaining feed intakes when pigs have been given probiotic supplementation in their diet, mainly in their ability to adapt their eating behaviour to the heat stress conditions,” said David.

However, he added that it’s not just about what is in the feed but also when the pig consumes it.

“It’s far better to feed sows during the cooler periods of the day as they will be more likely to consume food. Producers could also feed sows smaller portions regularly throughout the day, as this can help limit a decrease in feed consumption,” he added.

“Managing the environment of pigs, combined with diet supplementation in feed, will help ensure that you are one step ahead when sustained high temperatures come along.”