With an overall average of £3,417.04 - a rise of more than £700 on 2017’s fixture - there was a broadly optimistic mood among breeders, said Texel Sheep Society chief executive John Yates.

“Breeders were again looking to invest in the breed to further their businesses," Yates said.

However, there is no doubt costs incurred during the hard spring and expected to be incurred in the upcoming winter were on the minds of commercial buyers who were more reluctant with their spending.

“This reflects the trade seen at a number of early sales across the country and undoubtedly that, and the uncertainty surrounding future trade deals post-Brexit, were playing on the minds of commercial buyers.”

This sale topper (pictured top) was Rhaeadr Best of the Best from Welsh breeder Myfyr Evans, a much-fancied lamb by the 70,000gns Teiglum Young Gun and out of a 12,000gns Auldhouseburn-bred ewe by the 145,000gns Knap Vicious Sid.

After attracting significant attention ahead of the sale this one was subject to a fierce bidding battle which quickly escalated past six figures before the hammer fell with the winning bidders being Hugh and Alan Blackwood buying for their Auldhouseburn flock, Murikirk, Ayrshire. 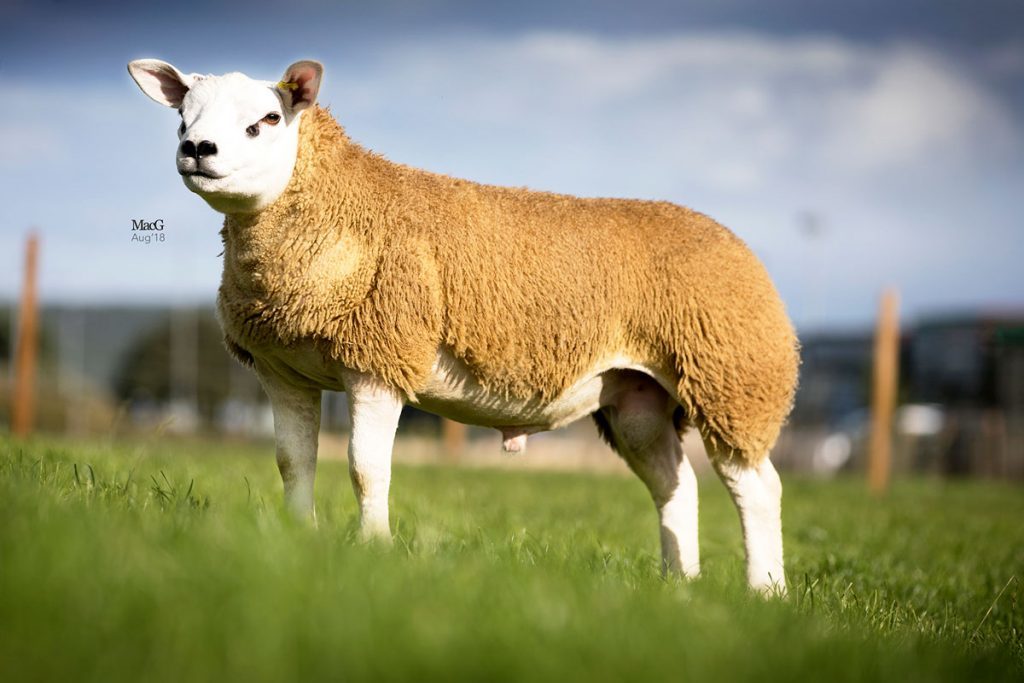 And the Blackwoods were involved in the day’s second best call of 75,000gns when selling one from their strong pen, Auldhouseburn Boss.

This son of the 130,000gns Sportsmans A Star is out of a homebred dam by the 145,000gns Knap Vicious Sid, making this lamb a combination of recent high priced breeding.

He was another heavily fought for lamb, with the buyers of this one being Keith, Roy and Alan Campbell for their Cowal flock, Argyll. 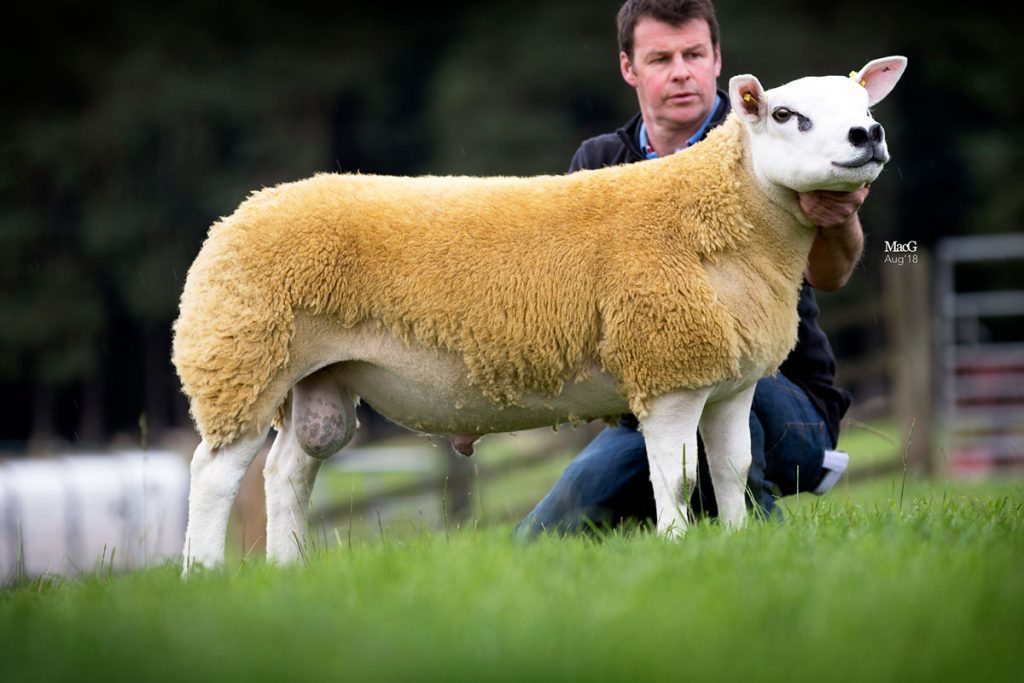 Then making 40,000gns, was the day’s pre-sale champion from the Knox family’s Haddo flock. This was Haddo Balvenie, a Clinterty Yuga Khan son. He had been champion at the Royal Highland Show earlier in the year and is out of an Ellen Valley Warlord daughter.

Selling with an index of 470, he was bought in a three-way split by John Elliot, Roxburgh, Staplegrove Livestock, Foxhill, and Ken Hodge, Greenarch.

Late in the sale, which saw 20 sheep sell at five figures or more, came a 32,000gns bid for Plasucha Big Gun from Robert Bennett. 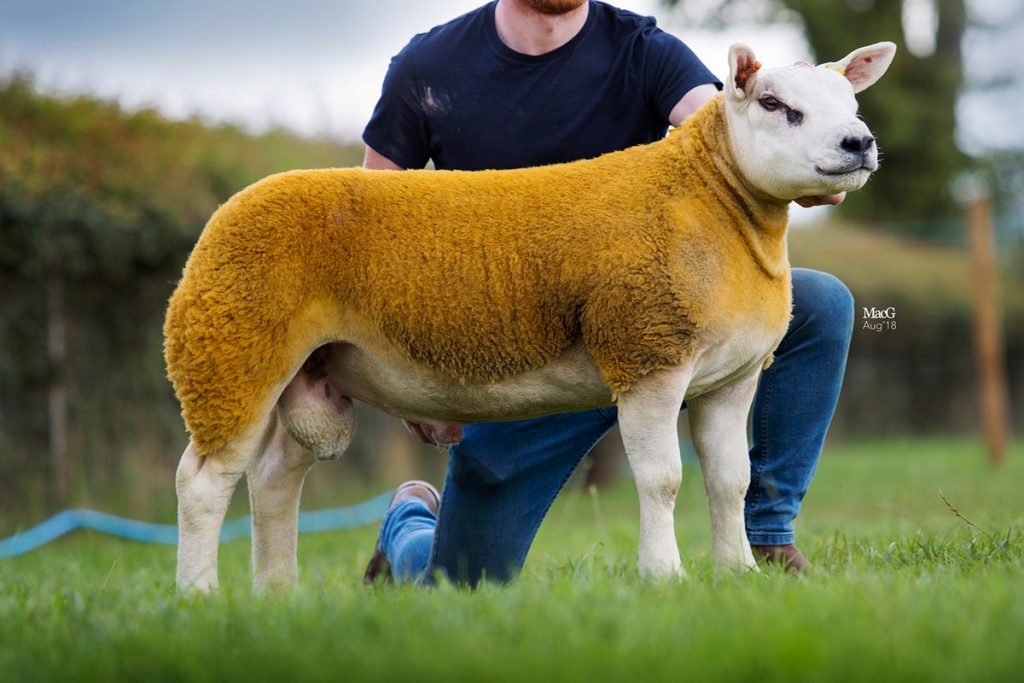 This son of the homebred Plasucha All Star is out of a dam by Kelso Wiseman and sold with an index of 415, having stood first in the pre-sale show. This one heads to Cheshire, with Charlie Boden and family for the Sportsmans flock.

A brace then traded at 28,000gns, with the first of these being the very first lamb in the ring, Knock Banker from Albert and George Howie.

This was another highly talked about lamb, being a son of Allanfauld Am The Man and out of a Garngour Vintage daughter and with an index of 356. He was bought by David McKerrow and family, Nochnary, and Robert Cockburn, Knap, with the Knox family retaining a third share for themselves. 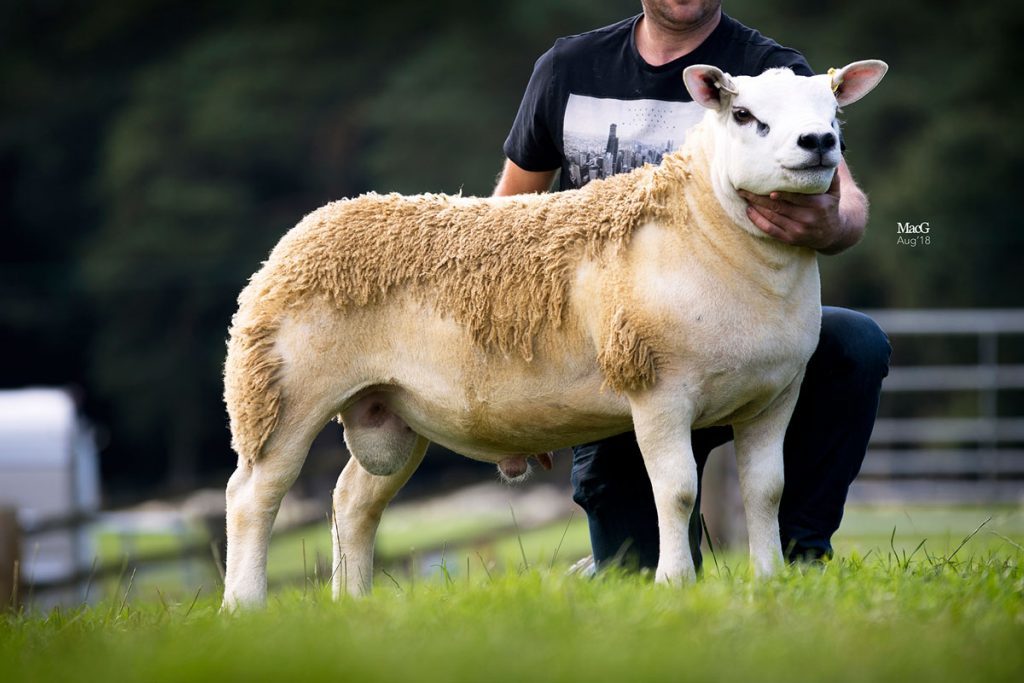 Again by the 130,000gns Sportsmans A Star, he is out of a 13,000gns Hullhouse-bred dam by Garngour Vodka and sold in a two-way split to Robert Cockburn, Knap, and Robbie Wilson, Milnbank.

This son of Fordafourie Amalert, a 28,000gns bought from last year’s Lanark sale is a maternal brother to the 130,000gns Sportsmans A Star and sold to Graham Morrison for the Deveronvale flock and Jim Innes, Strathbogie, with an index of 390 and being out of a dam by Cairnam Talisman.

Following that came a 24,000gns bid for Haddo Breadwinner from the Knox family. This is a son of the good breeding Allanfauld Am The Man and out of a dam by Strathbogie Smokey Blue. 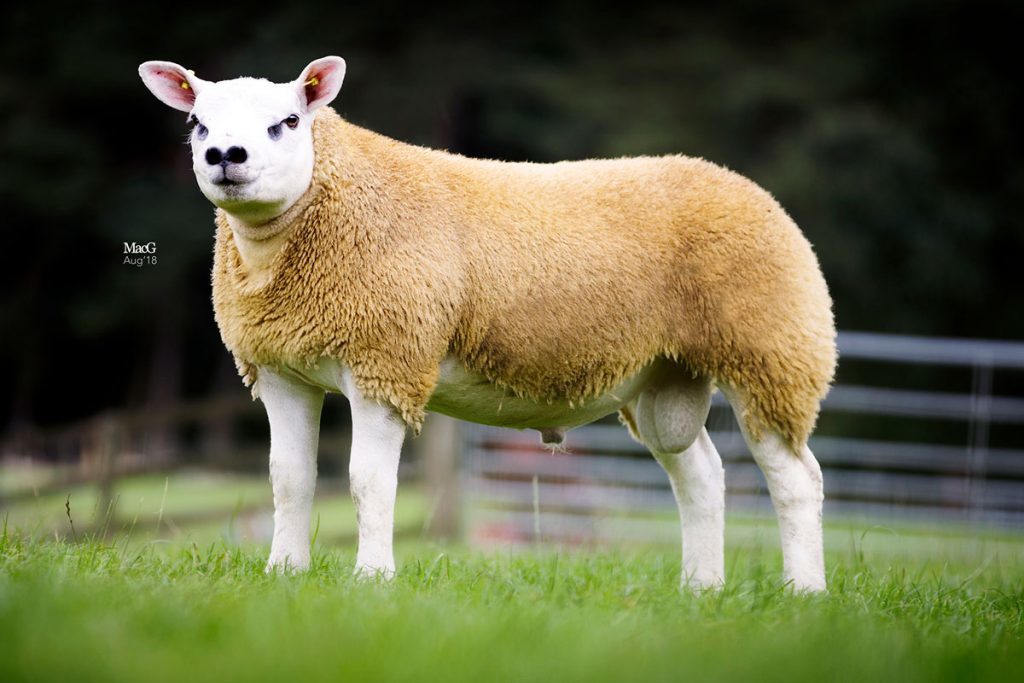 Bought by a consortium of buyers, he was knocked down to Allan Campbell, Strawfrank, with shares taken by Andrew Neillson, Brackenridge and James Currie, Carlinside, with the vendors keeping a quarter share for themselves.

Taking a 22,000gns call was Cowal Bucking Bronco from Keith, Roy and Alan Campbell. This son of Midlock Avicii is out of a Tamnamoney Tuborg Gold-sired dam and had stood fifth in the recorded class at the Great Yorkshire Show and has an index of 444. He was bought by Robbie Wilson, Milnbank, and Jemma Green, Corskie.

Robert Bennett was back in the money when taking 20,000gns for Plasucha Boss Man, a son of Mullan Awesome out of a dam by Knock Yankee and with an index of 430. He sold in a two-way split to the Arnott family, Haymount, and Esmor Evans, Maerdy.

Young breeders Charlotte and James Nicholson were also made it into the five-figure club. The pair saw their lamb, Knockem Bright Spark sell at 10,500gns. 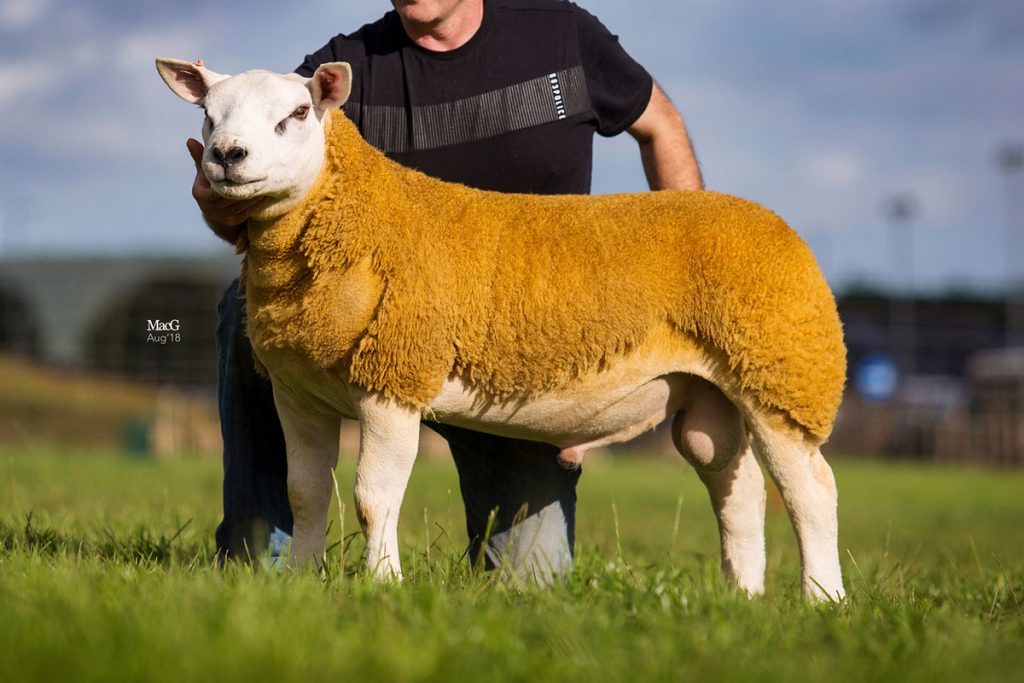 This lamb is by Midlock Ali Baa Baa and out of a Strathbogie Untouchable daughter. He was bought in a shared deal by Messrs MacGregor, The Dyke, the Gilmour family, Humeston, and Malcolm Coubrough, Hartside.

The auction was conducted by Lawrie and Symington.