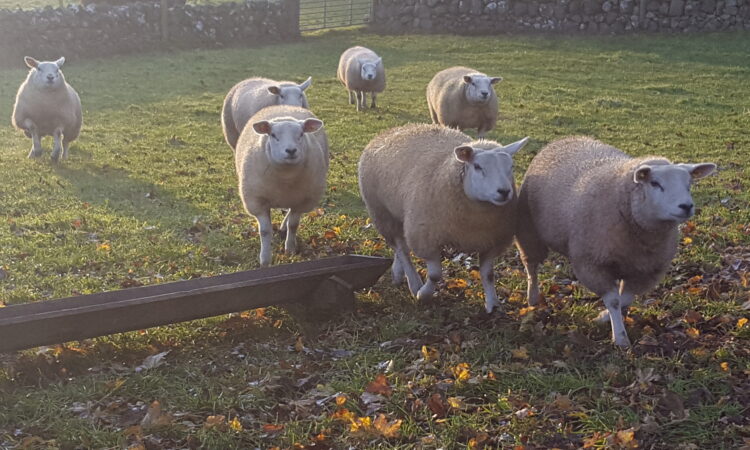 Darragh Cunniffe is just 19-years-old and is already breeding one of the best pedigree Texel flocks in the country.

Cunniffe, who is from Horseleap, Tuam Co. Galway, bought the first of his pedigree Texel ewes in 2012 when he had just turned 16.

Fast forward to 2016 and Cunniffe’s Horseleap Texel flock of 20 ewes has been crowned the ‘West of Ireland Flock of the Year’, putting it in the top six flocks in the country.

At the beginning of the year, the young farmer decided to make a real effort to attend as many local shows as possible, while the ‘Flock of the Year’ competition was always at the back of his mind.

“Anytime we made an effort to go out we nearly always came back with a rosette. The name of the flock has got out there more this year for sure.

It was a surprise to get the award, but we were aiming for it. We said if we were going showing we were going to go hard or go home.

“We’re definitely going to keep going with the showing, we’re going to try and retain the title if we can but I’d say it will be hard done, there’s always a lot of good sheep coming through,” he said.

Following the recent success of the Horseleap Texel flock, he believes the competition will help him to grow and build the reputation of his flock.

Starting Up His Pedigree Texel Flock

Having switched from a dairy to suckler operation on their farm which has close to 60ac, he wanted to begin a pedigree sheep flock, something his parents fully supported.

Buying his first ewe lambs from a Texel breeder in Dysart, Co. Roscommon, Cunniffe started off small before building his numbers up gradually.

“I went down with the intention of buying one or two, but we had to have five to be a registered pedigree flock.

So when we were down we decided to go for it and I bought five then and that’s where it all started.

As a budding sheep farmer, he found the more technical aspects of flock management the most difficult to learn.

“There is a good bit of computer work in it, there is a lot of records and notes you have to keep and eye on, like birth weights and you have to weigh them at certain dates, that was definitely the most difficult part starting off.”

The young sheep farmer was adamant that he was going to take his time in the beginning so as to minimise any mistakes.

“We’re small at the minute, but I’m trying to focus more on quality rather than quantity. I kept three ewe lambs after the first year, they came through as hoggets and we put them in lamb.

“We decided to keep 10 ewe lambs and they’re making up the bulk of the flock at the minute.

“We buy in a handful of in-lamb ewes then in December as well just to have different bloodlines coming through,” he said.

This year he decided to use a mixture of a stock ram, which cost over €1,200 last year, and AI services to put his flock in lamb.

Despite retention levels being quite low, he believes that AI is an important tool in ensuring a variety of blood lines in your flock.

“I think it’s the way to go as you’ll have good genetics coming through, you can sort of pick and choose what you’re looking for.

“Otherwise you could just go and give big money for a ram and let him out, after that what you get is what you get,” he said.

Plans for the Future

Expansion ideas are clearly on Cunniffe’s mind as he aims to grow his pedigree flock over the next few years.

“I think the average size flock is between 50 to 60 for most breeders I know, but there are some breeders with over 100 sheep, so I’d be small enough compared to the rest of them.

I’ll probably stay going up in the numbers if I can, I’d like to get as big as possible.

“We’ll try to keep to quality more so than quantity, that’s we’ve been trying to do from the beginning and we seem to be getting on well so far.

“I’d like to get the numbers up to maybe 40 or 50 in the next few years and we’ll see how we can manage that, if that goes well I’d like to keep building on it,” he said.

Looking to future, he also hopes to be in a position to put up a new sheep shed to accommodate the growing numbers.

The 19-year-old, who is currently doing the Green Cert course in Mountbellew Agricultural College, could not speak highly enough of the Texel breed.

“We tried Suffolk as well, but the Texels are a way better sheep. The Texel lamb would come out and be up in a second whereas we found the Suffolk to be lifeless, there would be no go to them at all.

“I find Texels are the best all around sheep, they’re quiet, they’re clean and they’re easy to keep.”