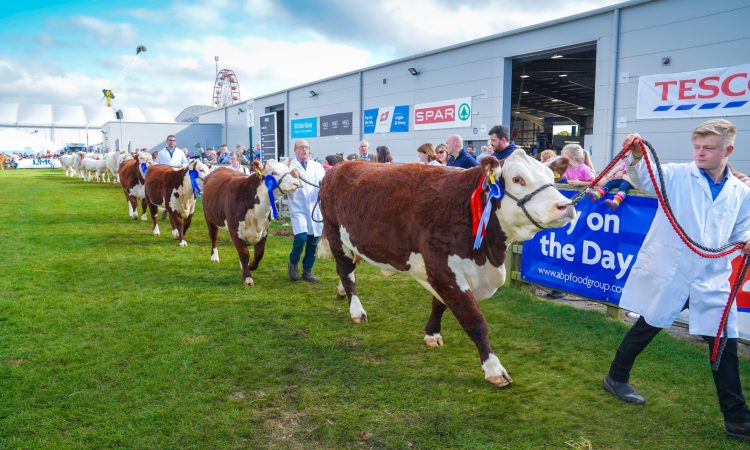 Attendance at this year’s Balmoral Show was “around two-thirds” of the usual turn-out, according to organisers.

The show has boasted a series of record attendance figures over the last few years, and was attended by 120,000 people in 2019.

However, in a break from tradition, the Royal Ulster Agricultural Society (RUAS), which organises the event, has refused to release the actual figure this year.

RUAS also declined to disclose what proportion of the crowd was vaccinated, despite requesting proof of vaccination or a negative test as a condition of entry.

In a statement issued by RUAS, Rhonda Geary, operations director, commented: “It’s was heartening to see so many people enjoy a day out at last week’s show and proved that people were eager to get out and about again.

Visitor numbers increased significantly as the show progressed, and we can confirm that overall attendance was in line with projections for the encapsulated event, which was similar in activity to two-thirds of the usual May event.

“This complied with the Covid-19 risk assessment. However, it’s not just the ticket sales that have contributed to the show’s success, the support of the trade stands, livestock exhibitors, contractors, and all show officials and stakeholders enabled us to successfully put on Northern Irelands largest agri-food event.

“It’s been the most challenging show since we moved from Belfast back in 2013, but everyone pulled together to ensure that we delivered a safe and full-filled day out for all visitors.

“The feedback has been amazing and we would like to take this opportunity to thank everyone who has made the 2021 Balmoral Show possible. We’re so glad we persevered and got ‘On with the Show’.”

Mark Crimmins, head of Ulster Bank NI, which has been the principal sponsor of the Balmoral Show since 2009, commented: “Balmoral Show is such a key event for the agri-food sector and it’s a real boost to the morale of the industry that it was able to happen this year.

Our thanks go to the RUAS for going to such lengths to provide a safe, productive and fun event for everyone who attended. And we very much look forward to the show being back to its usual slot in May 2022.”

A date has already been confirmed for next year’s show, which will take place in just over seven months’ time, from Wednesday to Saturday, May 11-14.