The British Veterinary Association (BVA) is urging farmers and veterinarians to develop robust on-farm health and safety procedures after it has found as many as three in every five farm vets have been injured on the job.

A similar number working in equine practice (65%) and mixed practice (66%) were also injured by animals in the course of their work.

One in five production animal vets responding to BVA’s Autumn 2018 Voice of the Veterinary Profession survey rated their injuries as "very or quite severe".

By far, the most common injury was bruising caused by kicks, with 81% of production animal vets who had been injured reporting this.

Other injuries reported included crush injuries, lacerations, scratches and bites. Almost a fifth of those surveyed (19%) had to take time off work as a result of their most severe injury.

Vets responding to the survey described some of the injuries they had received and their impact on their health and careers.

“I was kicked by a cow during a caesarean, flew backwards into my kit and sprained a wrist - in the same week as a horse hit my face with its head. But I was unable to take time off work as I’m the only one here,” one vet said.

“Regrettably, I am giving up large animal work because it is too dangerous,” another reported. “I am the lead earner in my house and we wish to start a family and cattle work is simply too dangerous now because of the risk of serious kick and crush injuries.” 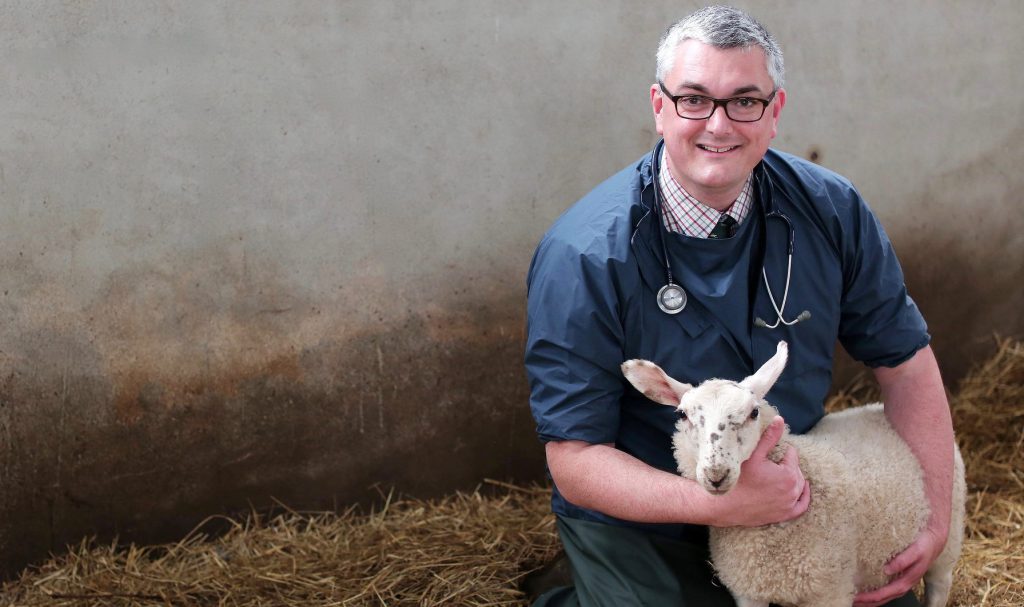 BVA president Simon Doherty (pictured above) shared his own first-hand experience with on-farm injuries and their life-changing impact.

“I’ve been stood on, kicked and had my arm broken whilst working with cattle. I’ve had problems with my back due to the physical aspects of repeated lambings and calvings – particularly at night-time – and when I ruptured a spinal ligament calving a heifer with a uterine torsion, the injury was serious enough that I could no longer continue working in large animal practice," he said.

These figures show the serious risk of injury that production animal vets run in the course of their work, even when handling facilities are relatively good.

"Animals on a farm can be large, heavy and unpredictable, and farmers and vets up and down the country have seen colleagues injured on farms and frequently unable to work as a result.

“Health and safety assessments by farmers, vets and veterinary employers can reduce these injuries and save lives by informing action plans to minimise avoidable risk.

"Safe and well-maintained facilities and restraining equipment, such as cattle crushes, pens, gates and safe escape routes, are also key to reducing injuries to humans as well as animals. I’d encourage farmers and vets to start the conversation and take action to minimise avoidable risks.”

The Health and Safety Executive’s (HSE) guide, Farmwise, has easy-to-follow, practical advice for farmers to make sure anyone working on a farm, including vets, is safe and healthy at work.

It can be used to start a discussion with vets about minimising avoidable risks on farm.