A team of 30 dedicated staff and members of the Farmers' Union of Wales (FUW) have recently succeeded in scaling six routes up Snowdon mountain in 12 hours.

The feat was in order to raise funds for two of the union president's charities.

Snowdon is the highest mountain in Wales, at an elevation of 3,560ft above sea level, it is the highest point in the British Isles outside the Scottish Highlands. Mount Snowdon is located in Snowdonia National Park in Gwynedd.

30 people climbed the mountain in total, all participants were FUW members and staff together with its insurance department.

The charities selected are the Alzheimer’s Society Cymru and The Farming Community Network (FCN).

FCN runs a confidential, national helpline and e-helpline which is open every day of the year from 7:00am-11:00pm and its volunteers provide free, confidential and practical support to anyone who seeks help.

Its helpline deals with a variety of issues, including financial difficulties, animal disease, mental health and family disputes.

A spokesperson for FUW has said that the two charities were selected because they do fantastic work for rural communities.

A total of almost £1,400 was raised and organisers have said it is a credit to all the people who participated. 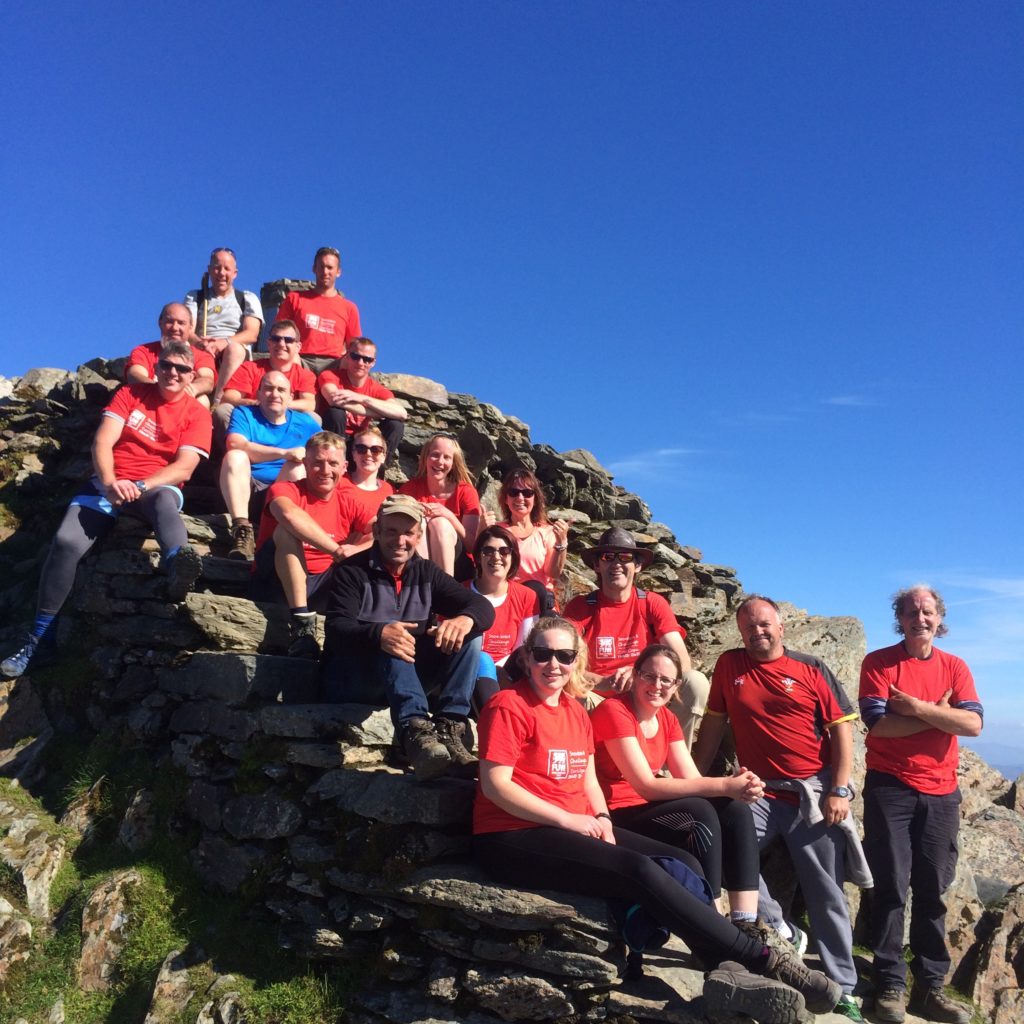 FUW president Glyn Roberts said: “This was another fantastic challenge our staff and members have set themselves to raise money for our charities. I thank the team, who either walked or were involved in a supporting role, for their continued support and excellent effort.”

Youth injured by a falling sheep on Mourne Mountains