Animals bred from several notable Limousin cattle could see their pedigree status scrapped as the British Cattle Movement Service (BCMS) cracks down on a myriad of registration issues.

The unprecedented action sees a total of 62 animals, all originating from the Ballinloan herd, have their passports withdrawn by BCMS.

The British Limousin Cattle Society said that it had been made aware of the issue and confirmed that the popular AI stud bull Ballinloan Jaegerbomb was among those affected.

In a statement, a spokesman said: “We have become aware that BCMS have withdrawn passports for various Ballinloan and all Ballinloan related animals and BCMS have sent notices to the owners of the relevant animals.

The cause appears to be errors relating to the registration of either the date of birth and/or the parentage of the animals concerned.

“These animals are also registered with the British Limousin Cattle Society. [We have compiled] a list of animals where we are aware that BCMS has withdrawn the passport.

“This means that the pedigree of these animals and any progeny is in doubt.”

The 62 cattle affected are listed in full on the British Limousin website.

The society added that members should ensure that any such animals owned by them are properly described on the register, taking into account the BCMS notice.

The BLCS said it would make amendments to the register to reflect the information available from BCMS but has not yet received copies of all of the notices.

Members who own any animals on the list may wish to contact BCMS for more information as to the reason for the notice.

The BLCS said it would publish further details as information comes into its possession. The society added that it would amend the status of affected animals on its register as it becomes aware of them.

Members considering purchasing or selling any Ballinloan and/or Ballinloan-related animal, including progeny, should consider the position carefully before doing so and get their own legal advice.

A Rural Payments Agency (RPA) spokeswoman confirmed it was aware of the case.

She said: “While it is not appropriate to provide full details, the issues did not arise through any error of the Cattle Tracing System operated by BCMS.

In cases where the traceability of cattle appears to have been compromised, the relevant authorities are responsible for safeguarding the food chain by removing cattle passports, pending further investigation.

The breeder was also contacted for a statement, but at the time of publication, no comment had been received.

If you have been affected and wish to speak to an AgriLand journalist contact: [email protected]. 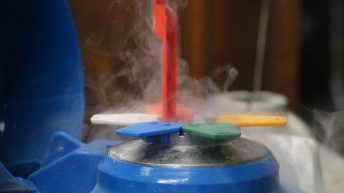 Jaegerbomb hangover rumbles on one year after parentage doubts