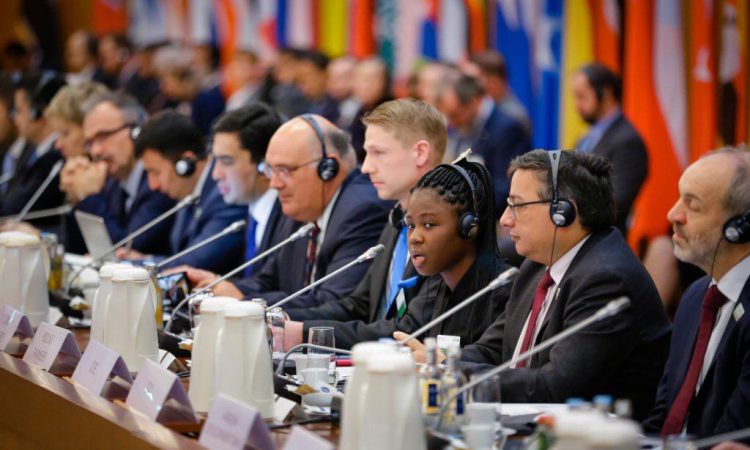 Ministers participating in the 11th Global Forum for Food and Agriculture (GFFA) have backed the ongoing digital transformation of the World Animal Health Information System (OIE-WAHIS).

Today, hundreds of millions of people still depend on their livestock for income and access to food, directly linking animal production sustainability to their livelihood.

Yet, experts estimate that around 20% of production losses worldwide can be attributed to animal diseases.

It’s hoped improvements – which include more digitalisation of the system – will help support more sustainable, responsible and efficient livestock production around the world.

The Global Forum for Food and Agriculture (GFFA) is an international conference held during International Green Week in Berlin that focuses on key issues affecting the future of the global agri-food industry. 74 Minsters were in attendance.

The global digital structures will enhance the exchange of information, thereby contributing to strengthening the cross-border fight against animal diseases.

Currently, the spread of African swine fever (ASF) is one of the biggest concerns facing veterinary services and animal health experts around the world.

When confronted with a disease that has such a serious socio-economic impact on countries – especially on the livelihood of pig farmers – the ability to quickly assess the situation is key to stemming its spread.

Efficient management and control requires countries to share open and reliable information about their animal health situation so that it can be made available to the international community as soon as possible.

It also allows to build trust between partners and facilitates the safe trade of animals and animal products.

The system provides information on the circulation of more than 120 animal diseases reported by around 200 countries.

The data will be actively disseminated to the current 12,000 subscribers and made publicly accessible.

A modern Geographical Information System and a powerful Business Intelligence tool will also be available to facilitate data visualisation, extraction and analysis.

The OIE’s digital strategy goes beyond the upgrade of OIE-WAHIS. Dr. Jean-Philippe Dop, OIE deputy director general explained that, in 2015, the OIE launched a global database on antimicrobials intended for use in animals.

The third global report of this database gathers information from 155 countries, representing an increase of responding countries of 19% since the publication of the first report.

The latest outcomes and conclusions will be made public mid-February on the OIE website.

The Ministers at the meeting also called for establishing an independent, international Digital Council for Food and Agriculture endorsed by the United Nations that will advise governments and facilitate the exchange of ideas.

This will be done in consultation with stakeholders which will include the OIE as leader on animal health and welfare issues.